The wallaroo is one of the three closely-related species of marsupial that also include the kangaroo and the wallaby. Slightly smaller than the kangaroo, the wallaroo is a thick-set animal that is found in the open country of Australia. Male wallaroos weight around 45 pounds, and the females are about 30 pounds. 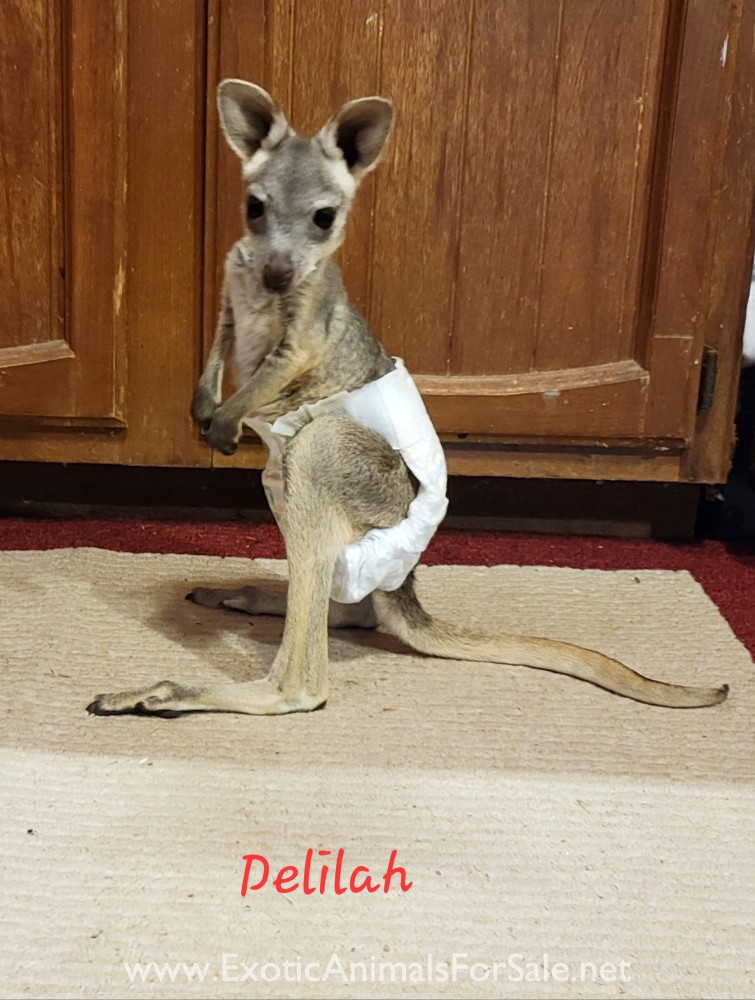 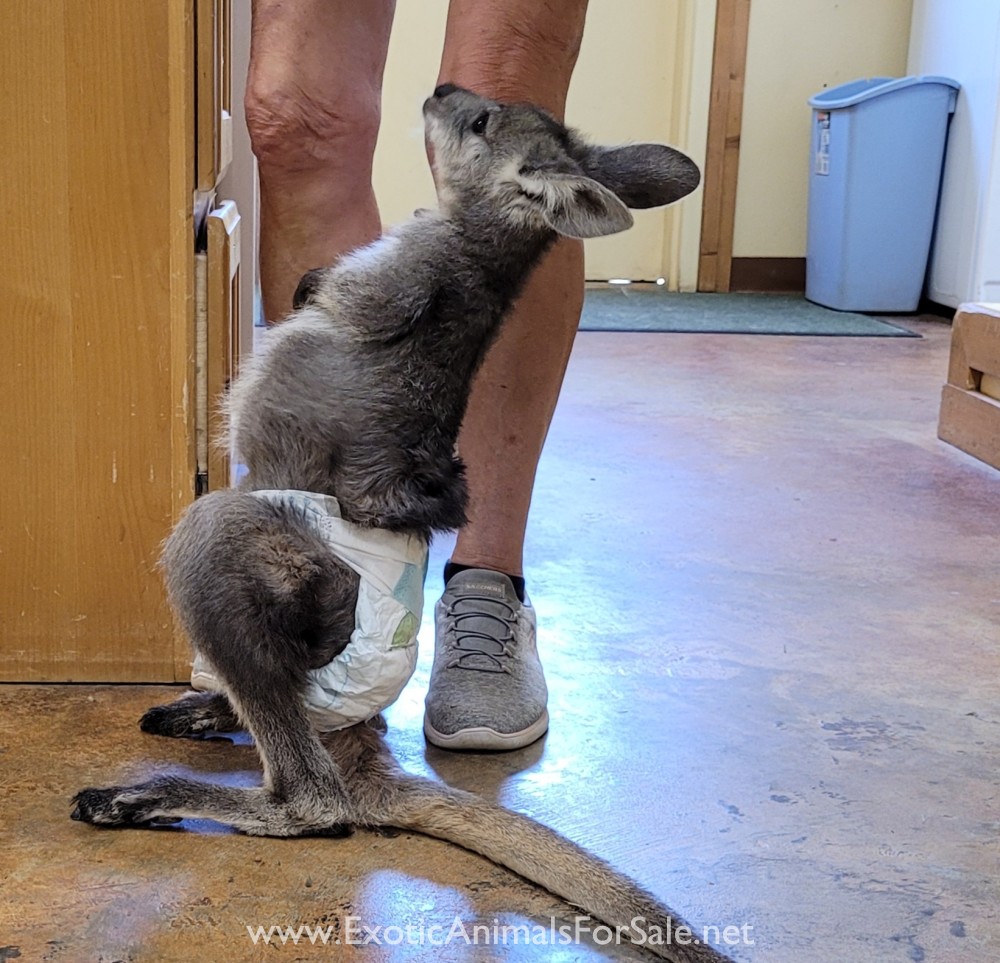 Well if this just isn't the cutest little wallaroo. He is a neutered male and will be calm and tame forever. For more info give me a call

Wallaroos like more open areas with rocky outcroppings. An enclosure designed for wallaroos should be very large with tall, secure fencing. Rocky ledges and large boulders will help recreate their native habitat. Although they prefer open area, the enclosure should include clusters of trees and small shrubs that can serve as protection if the animal feels threatened.

Whar does a Wallaroo eat?

In the wild, the Wallaroos diet consists mainly of grasses and shrubs. Because freshness is important, captive wallaroos should have grass and shrubs growing in their enclosures so they can dine on fresh greenery whenever they want. Supplementing this foraging set up with freshly cut plant material is acceptable.

Wallaroos like large balls to play with and roll around. They also like food-based enrichment items, such as hollowed out pumpkins or squash, fruits hung on strings, and flats of fresh grasses.

Wallaroos life to about 18 years in the wild, and slightly longer in captivity. The females give birth to a single baby, called a joey, after a gestational period of 343 days. But the joey is born very under-developed and will remain in its mother's pouch for another 237 to 269 days as it continues to develop. Even after it is old enough to leave the pouch, it may return to it when it feels threatened.