The largest member of the deer family, moose have mule-like ears, distinctive antlers, large snouts, and long, gangly legs. They are dark brown or black, although the calves are often reddish in color. An adult moose can weigh between 1,000 and 1,500 pounds. Moose are native to the Pacific Northwest, Alaska and Canada. There is a variety of moose, the European moose, that is found in the northern parts of Europe and Asia but this animal is much smaller than the American moose and is locally known as an elk. Moose make their homes in deciduous and coniferous forests and the tundra of the northern hemisphere and spend their time on rocky hillsides, in lakes and streams, and in meadows. 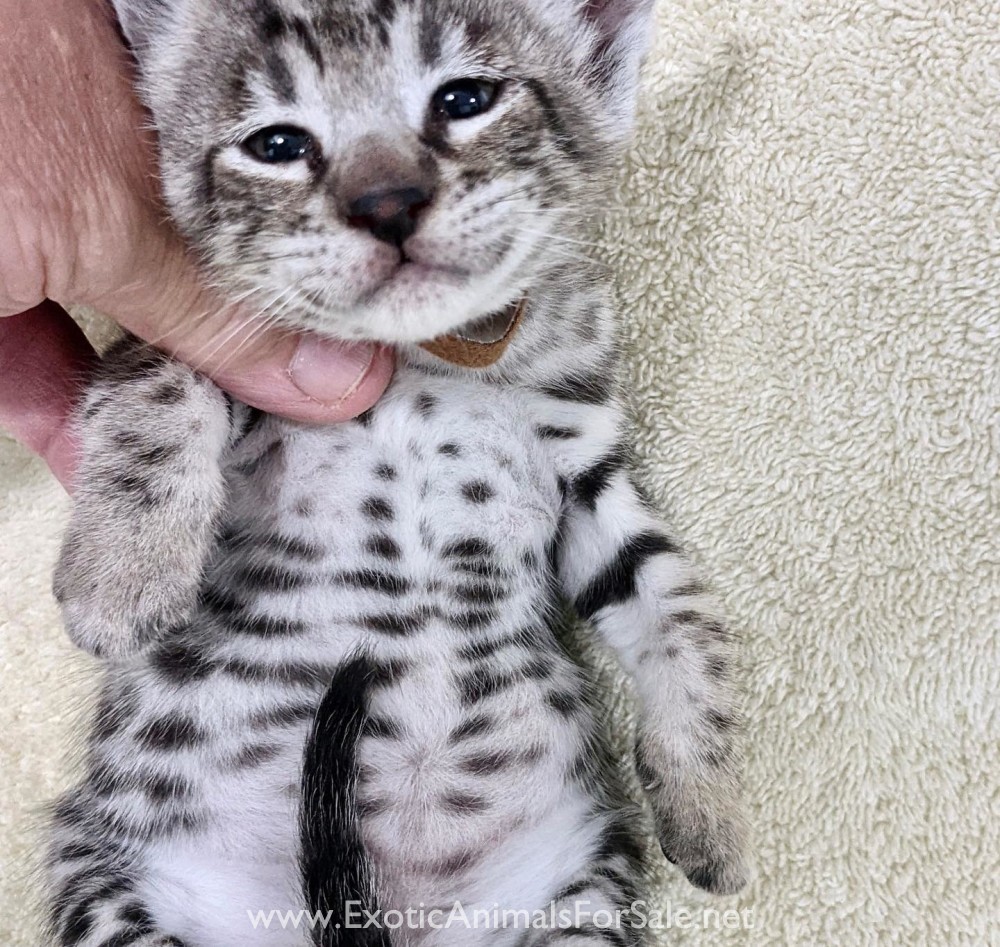 Awesome boy "MOOSE", F3 Savannah kitten! He's such a big ham. Silvery snowy coat. About 11 weeks old. Ready for take-home end of June. some delivery options available around Central California. We are not flying at this time as COVID has increased ai...

Like deer and elk, moose need a very large, natural enclosure that encompasses several acres. The enclosure should contain a variety of vegetation, including mature trees. Water features, such as ponds, lakes, or streams, will allow the moose to wade and swim, two activities the animal engages in often in the wild. Ambient temperature can be a problem for moose in captivity. As northern hemisphere animals, they are accustomed to cooler weather and do not adapt well to extreme heat.

What does a Moose Eat?

Moose are browsers and grazers, much like deer and elk. They dine on a variety of plants including tree leaves and aquatic plants. During the winter months, when vegetation is scarce, moose will strip the bark off trees. In fact, the name “moose” means “eater of bark” in the native Algonquin language. Moose kept in captivity pose a challenge for keepers as an adult moose must consume around 10,000 calories per day. This can translate to 800 pounds of food annually. Commercial moose feed has, in the past, been an inferior alternative to grazing and foraging, but recent improvements have in this manufactured feed has improved its quality.

Moose typically breed in the fall and the offspring are born in late spring, after a 240 to 250 day gestation period. Although most moose cows will deliver a single baby, twins are not uncommon. Female moose reach sexual maturity around two to three years old, but most successful breeding happens when the animal is between four and twelve years old. Life expectancy of moose is the wild is seven to ten year, but in captivity they can live as long as sixteen years.