The Llama's scientific classification is a member of the camelid family, a herd animal, but they extremely versatile and have many uses as human's companion. You might imagine Llamas to be kind of silly and awkward, but they are a highly revered animal across the world. They have many amazing qualities that you may be so lucky to experience in your life. They are intelligent and carry themselves with a surprising elegance. Llamas make popular therapeutic companions and petting zoo favorites because they are relatively inexpensive to keep, they are lovers of people of all ages and kinds, and are easy to train.

These sweet ladies are very docile and loving. All 3 were bred in December. $1700 each obo. Can meet for fee based on distance. 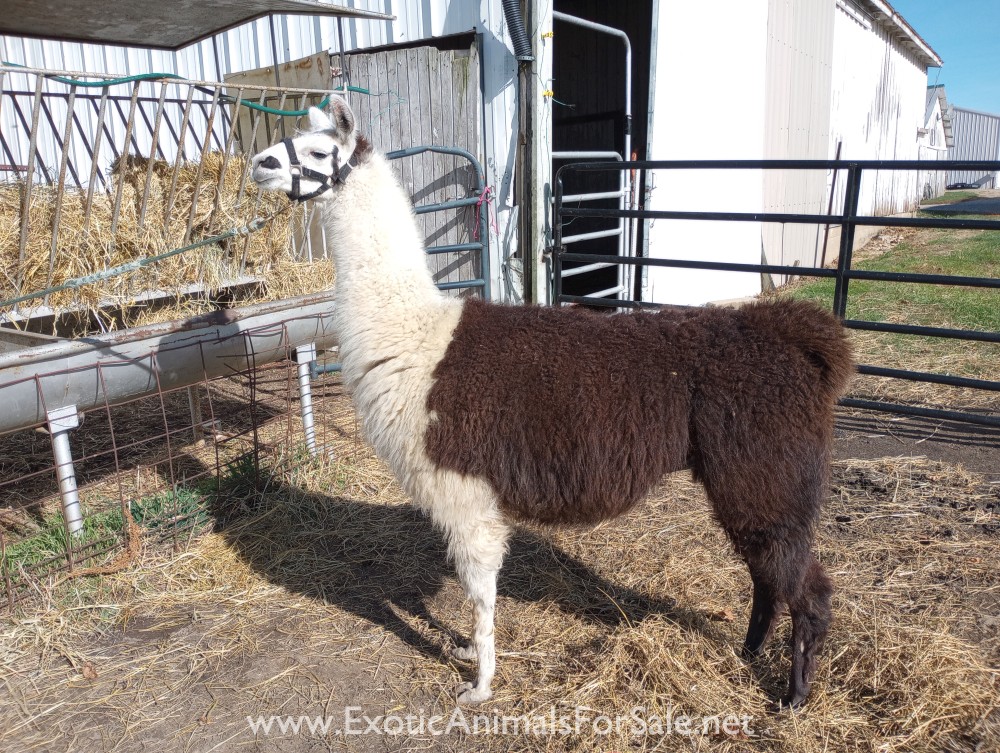 Stud llama. This guy is thick and strong. He just comes across as very athletic! Halter broke. Nice llama. Come make a deal on this boy! 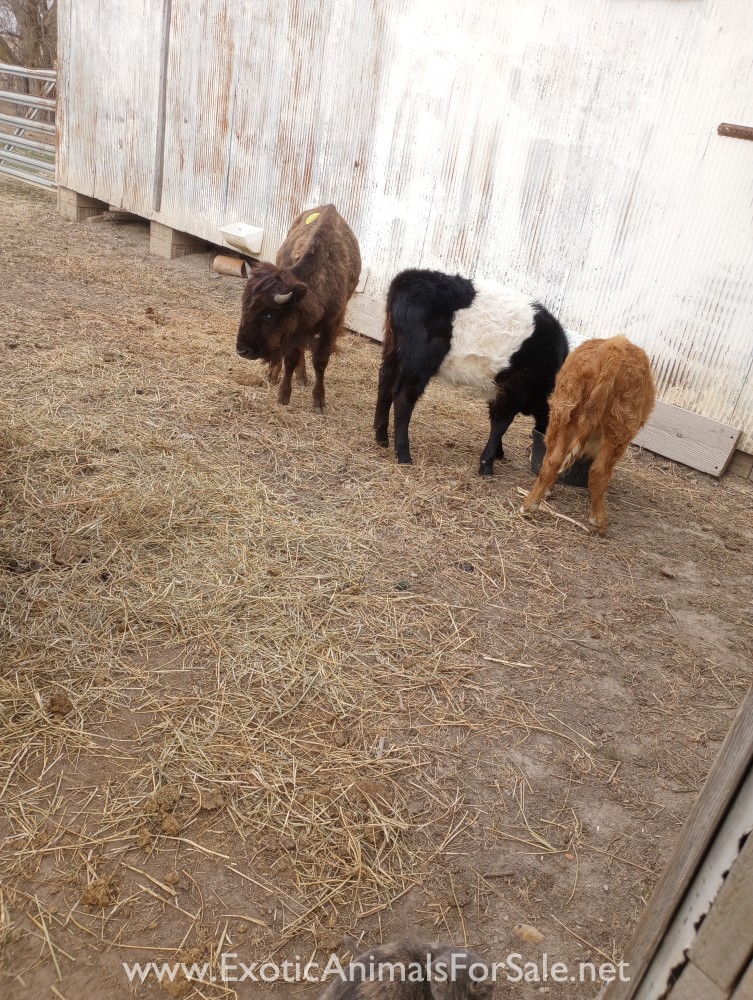 I have a young male bison that eats out of the bucket with the other calves. He is running with the young calves and our llamas and doing fine. 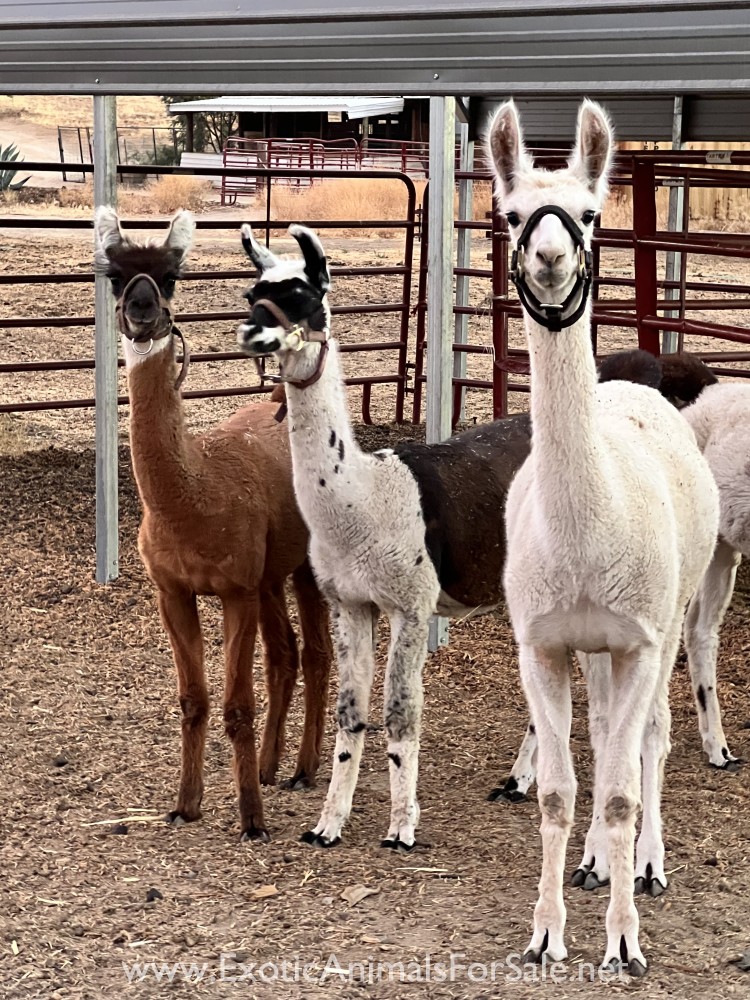 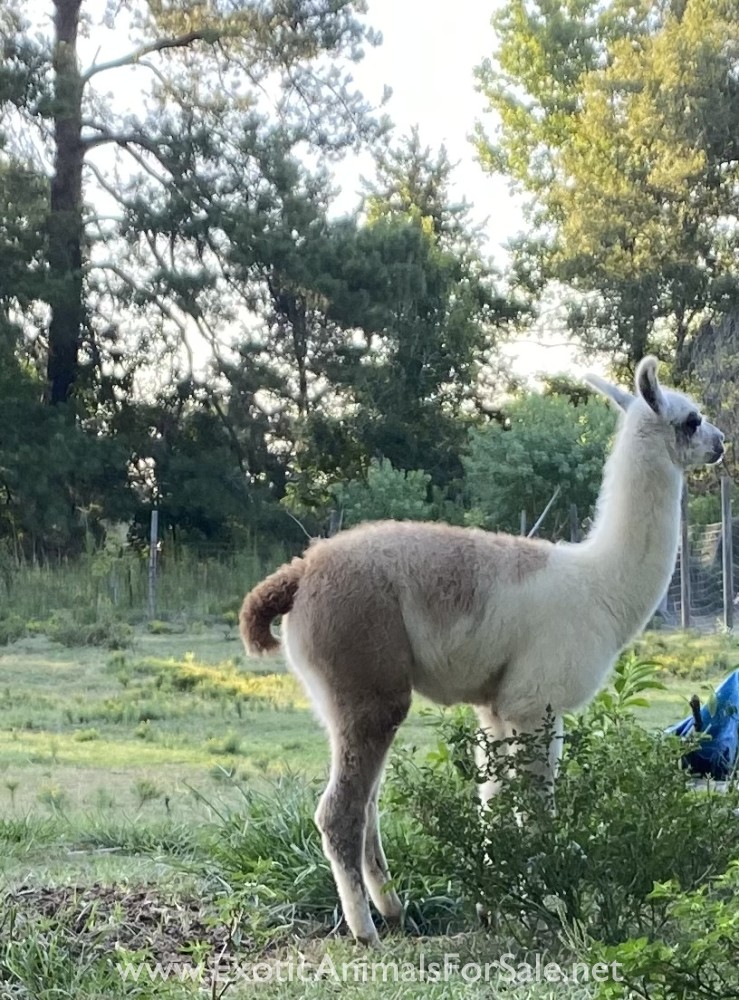 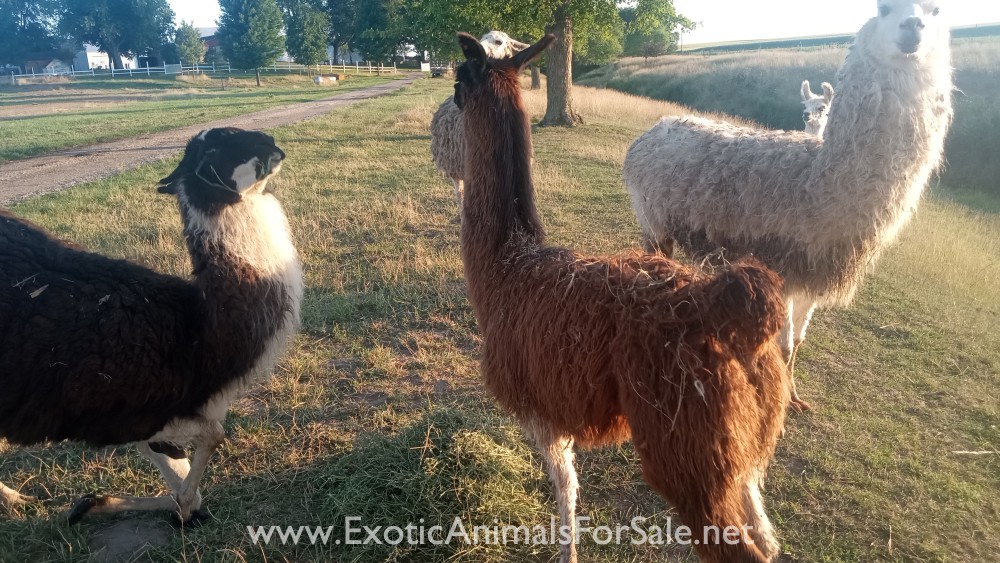 McKinsey is 8 months old she is very fine old classic llama she will be a shorter wool with straight legs and perfect ears. She is not registered but she is ready for a new home.

Some uses for Llamas include being what's known as "pack animals", animals who carry luggage of sorts while humans hike or backpack mountainous terrain. Llamas are capable of carry as much as 1/3 their body weight, up to 100 pounds. They are willing to hike beside you are are virtually silent and unneedy. Their feet are also practically made for this use, being two toed and featuring a soft pad on the bottoms that do little damage to the environment they are hiking alongside you.

Some love Llamas so much that they own and show them competitively like you may have seen people do with their horses or dogs. Llamas can be purchased in a variety of colors, sizes, personalities, and price rangers, but they are judged in the competitive arena based on the following criteria; balance, ability to follow direction, and movement. Like horses, they compete in obstacle courses, drive carts, and "perform" for the judges and audience. Hundreds of events are held in the United States and Canada, and many families partake in this hobby together. Every year, the Alpaca Llama Show Association hosts regional and national level shows. Even 4-H has Llama 4-H clubs that include these Llama activities. The Llama's gentle nature is ideal for young trainers to gain confidence with such a task. These budding handlers blossom in self esteem and teach the community about Llamas at hospitals, nursing homes, school, and other events, which also strengthens their community outreach and speaking skills.

The Llamas ability to be accepting and gentle of the handicapped is especially a mystery. Not only are Llamas just quiet and gentle by nature, but they seem to sense when someone is different and they don't mind! They don't react to unexpected movements or noices. These traits have graduated the Llama to one of the most effective therapy animals to take to hospitals and nursing homes. The Llamas are patient and interested in the subjects they are brought to see, and very seldom have an accident unless they are there over 2 hours.

This all comes to no surprise to you after you learn its history. Llamas are actually one of the oldest domesticated animals ever. The Camel family originated in Central North America and just at the end of the last ice age, the family became extinct. Llamas were being domesticated in other parts of the world, however, and they were reintroduced to their homeland in the late 1800s. Today, it's estimated to be a 135,000 Llamas that reside in the United States and Canada alone. With their internation appeal for being valuable agricultural animals, the Llama will likely not experience an extinction again.

If familiar with caring for livestock, you will find the caring of Llamas easy compared. They are amazingly hardy and need very little veterinary assistance. Routine cleaning of their space and a preventative medicine program is often all that's ever needed. Llamas even require less water than most other domestic animals. They graze on grasses, shrubs, and trees, and can be kept fed on a variety of pasture types or hay. A 100 pound bale of hay will last a mature Llama about 10 days. Their diet usually does not need supplementing any further.