Found in central Chile, the degu is a rodent that is akin to a chinchilla or guinea pig. Degus reach a maximum size of about nine and a half inches to twelve inches in length and a weight of six to twelve ounces. It has a long, thin tail that ends in a tuft of black fur. It is covered with brown fur with lighter colored fur around its eyes and neck. The animal’s cheek teeth are formed is a figure-eight shape, which is why the degu’s genus name is “octodon”. 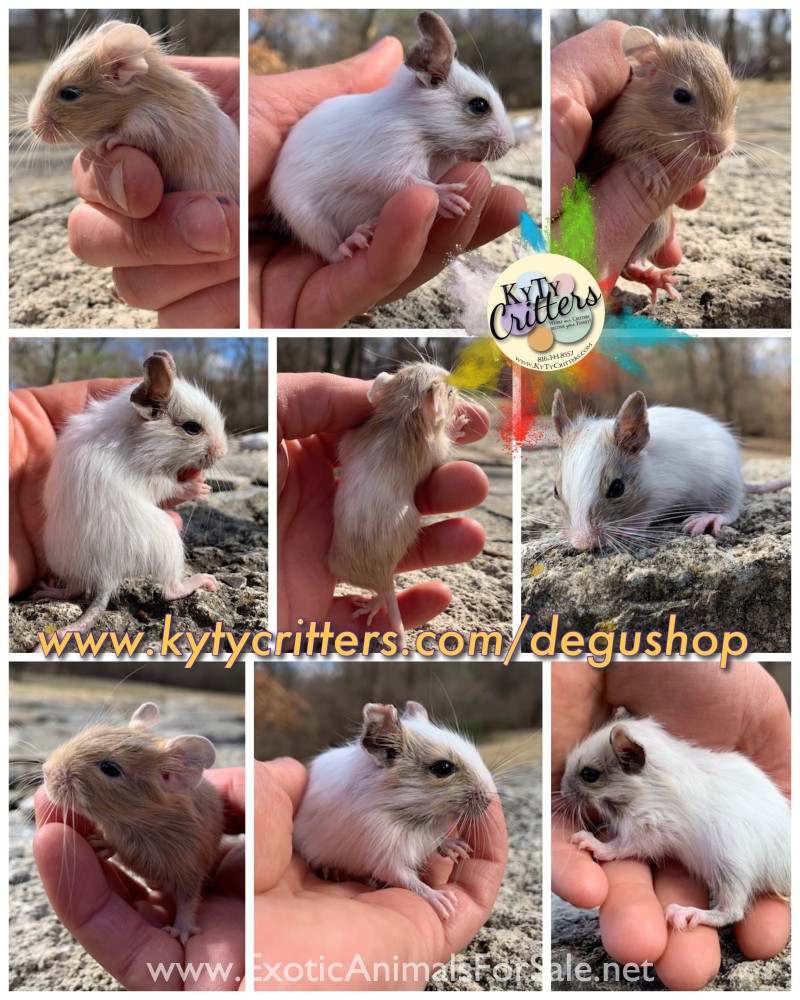 Awesome sweet baby degus! Visit www.kytycritters.com for more information including pricing, shipping information, prices, availability, and more details!!!! Feel free to shoot us a text with any questions you have not answered by our website.... 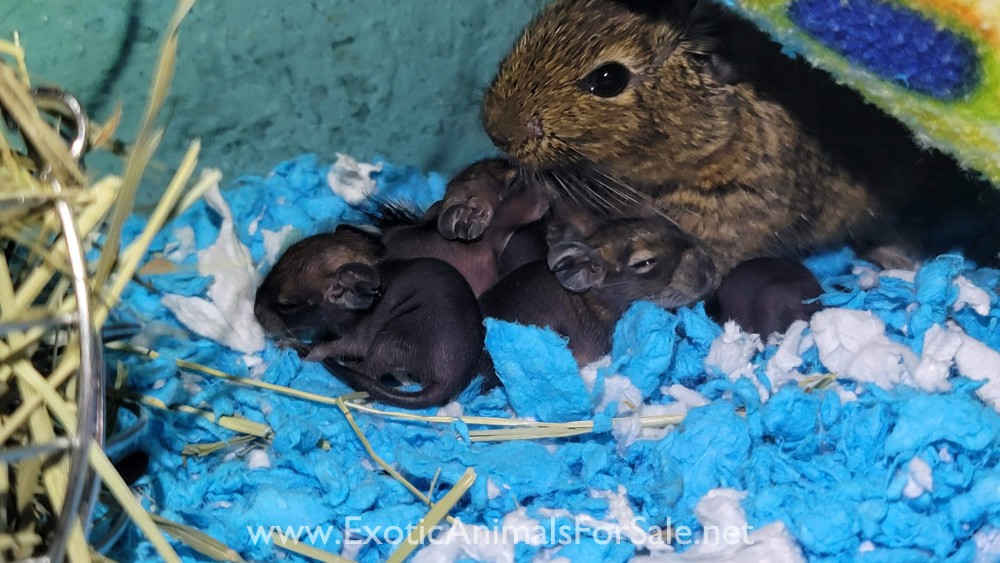 $50 for a pair. We have 5 males plus Dad available for sale now. These are very social animals and will be sold in pairs. Please text only. Thank you. 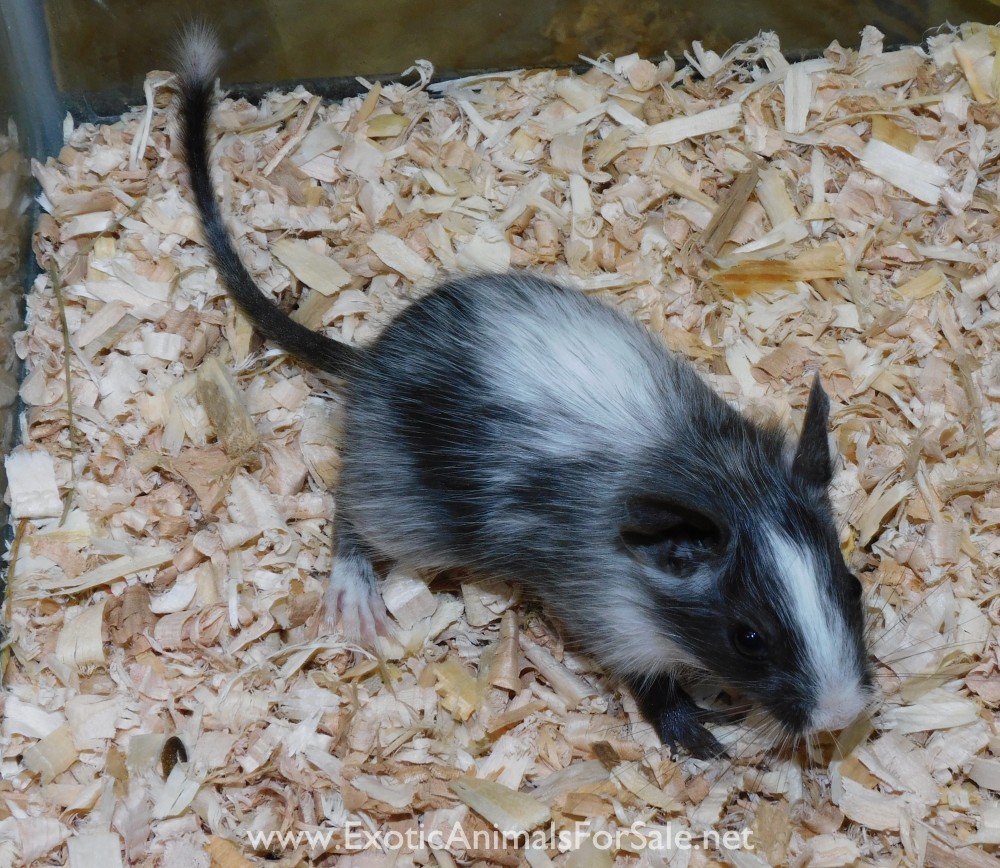 Three bonded two year old male degus for sale. Asking $200 or best offer. They're all very healthy and playful animals with interesting colors. Can send pictures and more info. Can be sold with complete cage set up if you provide the transport. 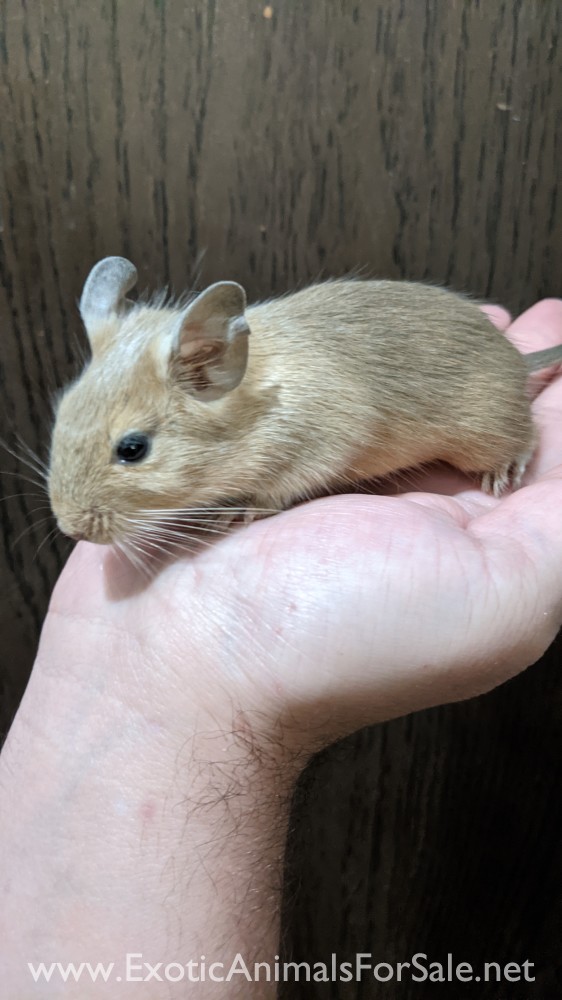 I have yoing-adult Degus in Agouti, Agouti pied, Sand, Sand pied, cream pied, high white sand/cream pieds, blue, blue pied. prices vary by color. I am in CANADA and have shipped to several provinces, NOT Legal In SASK.

1.0 Patagonian Cavy For Sale or Trade

I have a 5 month old Patagonian Cavy for sale or trade. Being bottlefed he is sweet natured. Interested in trading for other Exotics. I'll meet you half way drive wise.. Interested in mini pigs, duprasi, ferrets, hedgehogs, sugar gliders, flying...

I have some degus for sale. I have many color (blue, white and blue, white and brown, brown, high white. All the color is 70$. Brown color is 40$. High white is 200$. The price is in CAD. They are tame and very nice. I can ship everywhere in Canad... 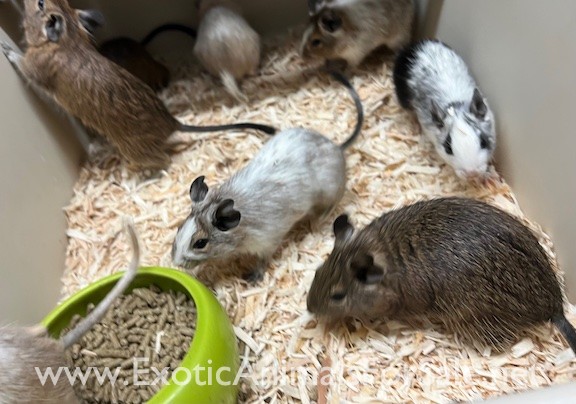 Have a shop and needing a little of this and some of that? We wholesale to shops. Delivery available in Texas for a fee. Species available, Prairie Dogs Ferrets Degus Dormice Spiny Mice Guinea Pigs Hamster Dwarf Hamster Gerbil Hedgehogs... 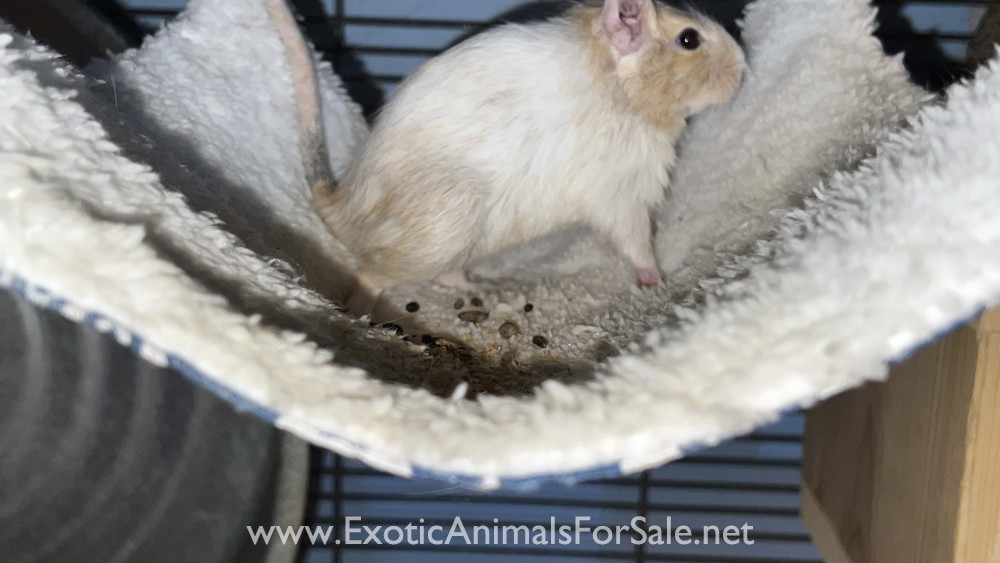 I have several Degu available. Prices are between $25 and $75 each. MUST be sold in same sex pairs. I have only one male available. So, if you want to add a boy to your group, he’s the one. Experienced homes only. Female and male available. Cream, sa...

A large, multilevel cage like the ones made for chinchillas or ferrets would be ideal for a degu. The minimum size should be 24-inches by 18-inches by 24-inches. Degus are voracious chewers so the cage should be made of wire, not wood. Degus are prone to foot problems, too, so they need cages with solid flooring rather than wire. Cedar or pine bedding should be avoided. Paper-based bedding is much safer. The cage should have a nesting box so that the animal has a place to go where it feels secure.

What do Degu Eat in Captivity?

In the wild, degus eat a diet that is high in roughage and low in carbohydrates. In captivity, these animals should be fed a combination of guinea pig or chinchilla pellets along with timothy hay and a variety of fresh vegetables. They can be given uncooked carrots, sweet potatoes, green beans, and broccoli. They also like leafy greens such as spinach or kale, and can eat dandelion leaves as a special treat. They should avoid eating fruits due to the high sugar content.

Degus need lots of exercise so a running wheel, preferably one that is at least 11 inches in diameter, will give the animal ample opportunity to run. Thick branches placed in the cage will give the degu spots to climb and to chew. In fact, they should be given plenty of chew toys, wood blocks, and willow balls. The degu will climb on cotton ropes and enjoys sitting on loft perches. Toys designed for parrots can also be used to entertain the animal.

Breeding time for the degus in the wild usually starts when the area begins receiving twelve hours of sunlight per day, but they are breed year round in captivity. The gestational period is about three months, after which the female gives birth to, on average, about six pups. The babies should be held only minimally during the first three weeks so that they are not stressed out. They will be weaned at about six weeks of age.