Capybaras are closely related to the guinea pig and they actually look a lot like them. The biggest difference, however, is that the capybara is much larger. In fact, they are the largest member of the rodent family and can grow as large as 100 pounds. They are native to South America and are a semi-aquatic mammal. 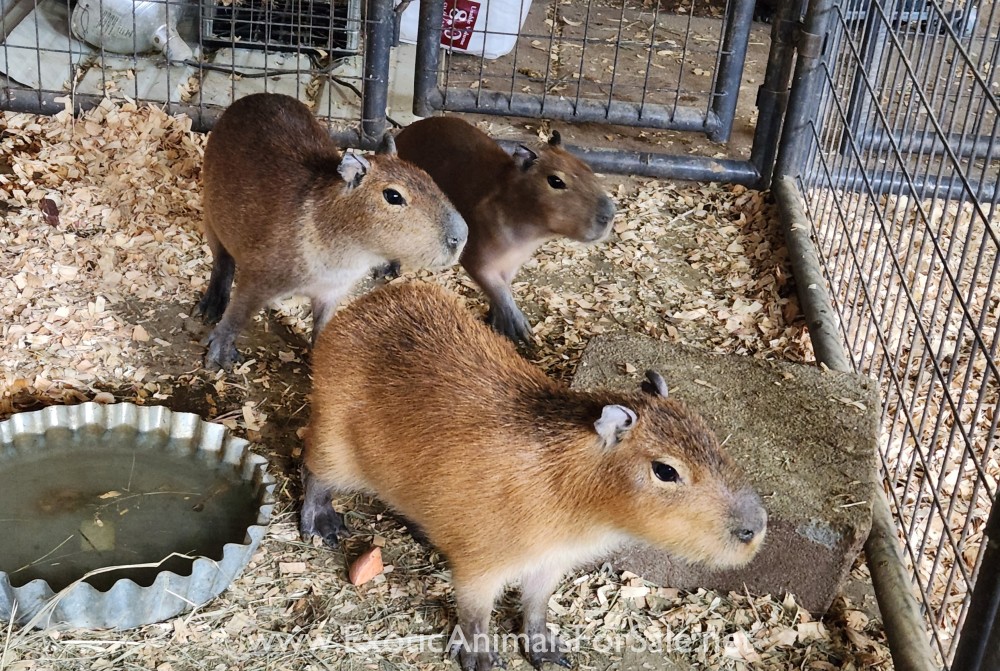 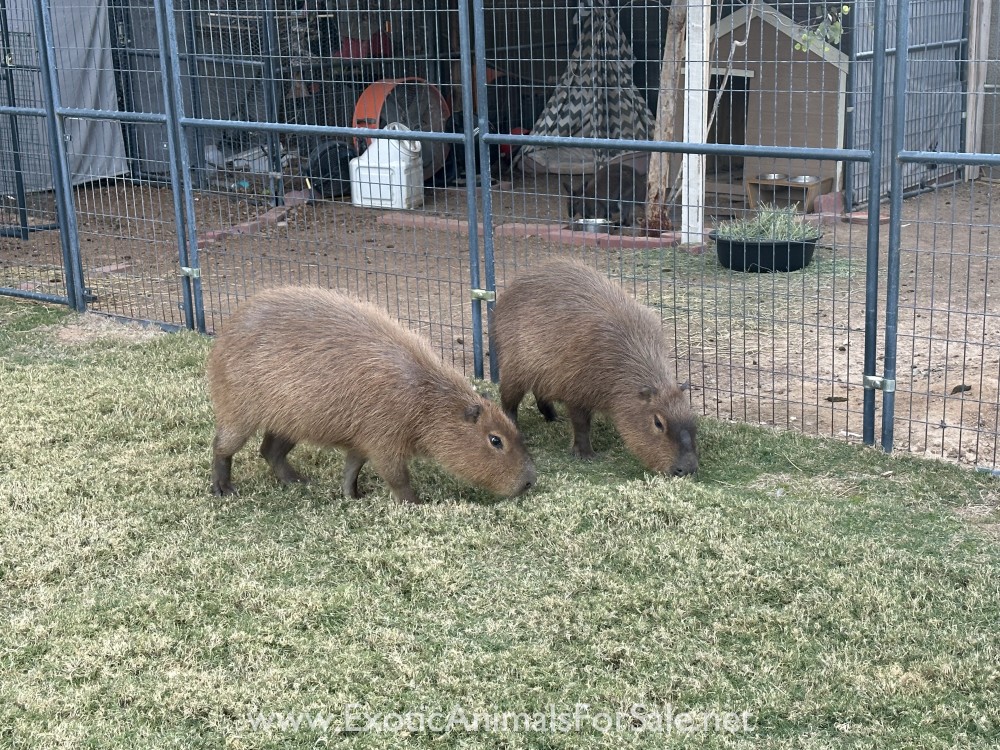 Super friendly capybara pair. Both were bottle babies, raised by people their whole lives. Male and female, both six years old. They are proven breeders. She gives a really nice litter each year. They are both very sweet, they’ll eat from your hand.... 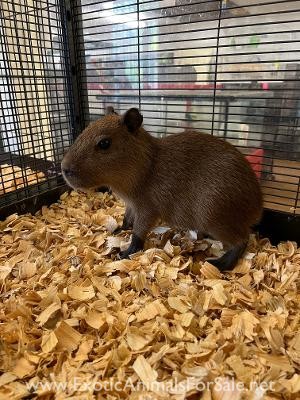 We have 2 male baby capybaras currently available, One was born on July 28 and the other on July 14, Super sweet, Eating great, Ready for new forever homes 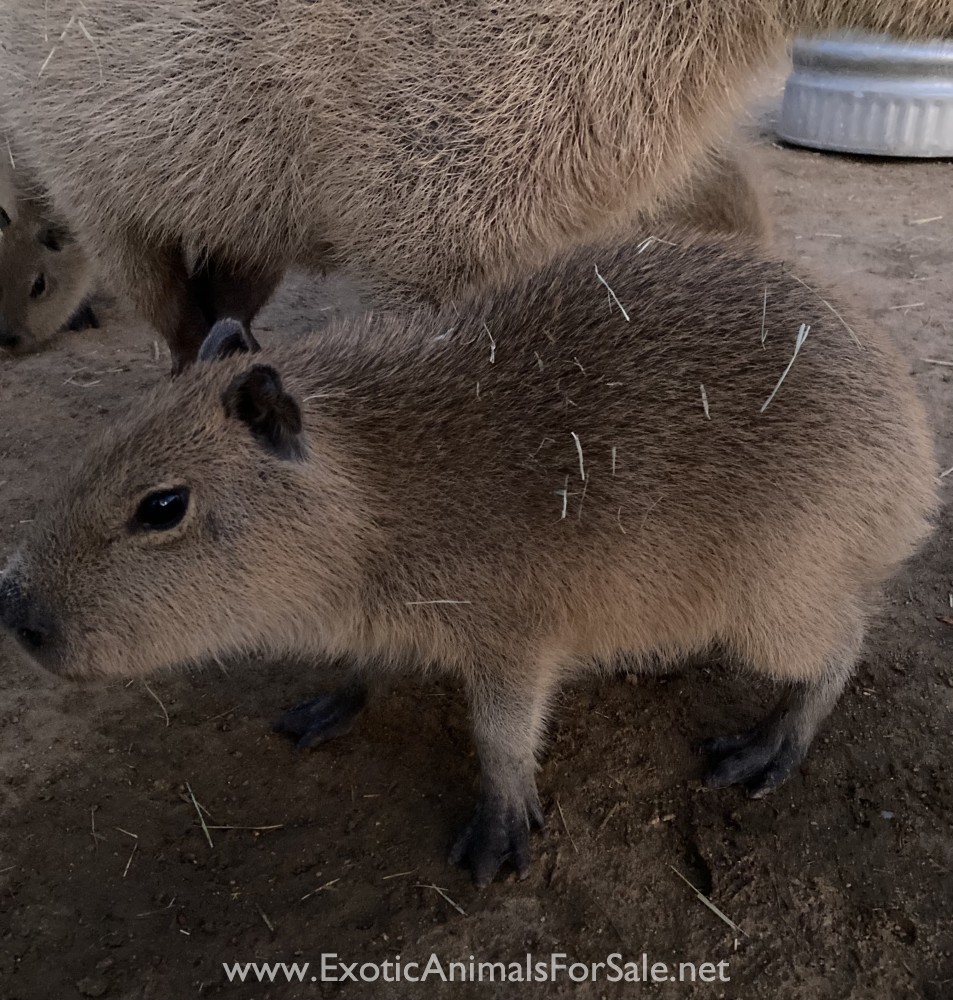 We have multiple females and 1 male available, they have been hand raised. We are asking $3,500 each. Shipping is not available at this time.

Capybaras are grazers and prefer a large, enclosed yard that is safe and has plenty of grass for them to nibble on. Like all rodents, capybaras have teeth that constantly grow so they need to chew on plant material to keep their teeth worn down. Capybaras are also semi-aquatic. They need to swim year round in warm water. Ideally, the capybara habitat should have a swimming area that is as large as possible to give the animal enough space to exercise.

What do Capybara Eat

Capybaras eat about eight pounds of food per day. Grazing on grass that hasn’t been treated with chemicals or fertilizers is a good way to reduce the cost of feeding a capybara, but it shouldn’t be the only food the animal eats. They should also eat fruit, leafy vegetables, hay, and corn. Commercial guinea pig food, in pellet form, can also be fed to a capybara, but it can be costly.

Capybaras love companionship and interaction with humans. They can learn simple tricks and master games and toys. They need to chew on sticks or grass to prevent their teeth from growing too long. They also need swimming time. A large swimming pool provides them with exercise and mental stimulation.

Capybara mate year round but there is a spike in mating behavior at the beginning of the rainy season. The gestation period is about 150 days and the females deliver litters of between two to eight babies. Within a few hours of birth, the newborns can stand and walk but they are not weaned until about three months of age. In the wild, capybaras live between eight and ten years. They live longer in captivity.