Not to be mistaken for Bengal tigers, Bengal cats were developed by cross-breeding an Asian leopard cat and a domestic shorthair cat. Until about sixty years ago, Asian leopards could be purchased at your neighborhood pet store. A cat owner in California kept a female Asian leopard with a male domestic cat, assuming that they could not breed. She was wrong…the Asian leopard gave birth to a litter of spotted kittens and the first Bengal hybrids were born. The unique spotting on a Bengal cats' coat gives them an exotic and wild look that appeals to many cat owners. Bengals are large cats, weighing between 8 and 15 pounds on average. They are active and vocal animals, too. 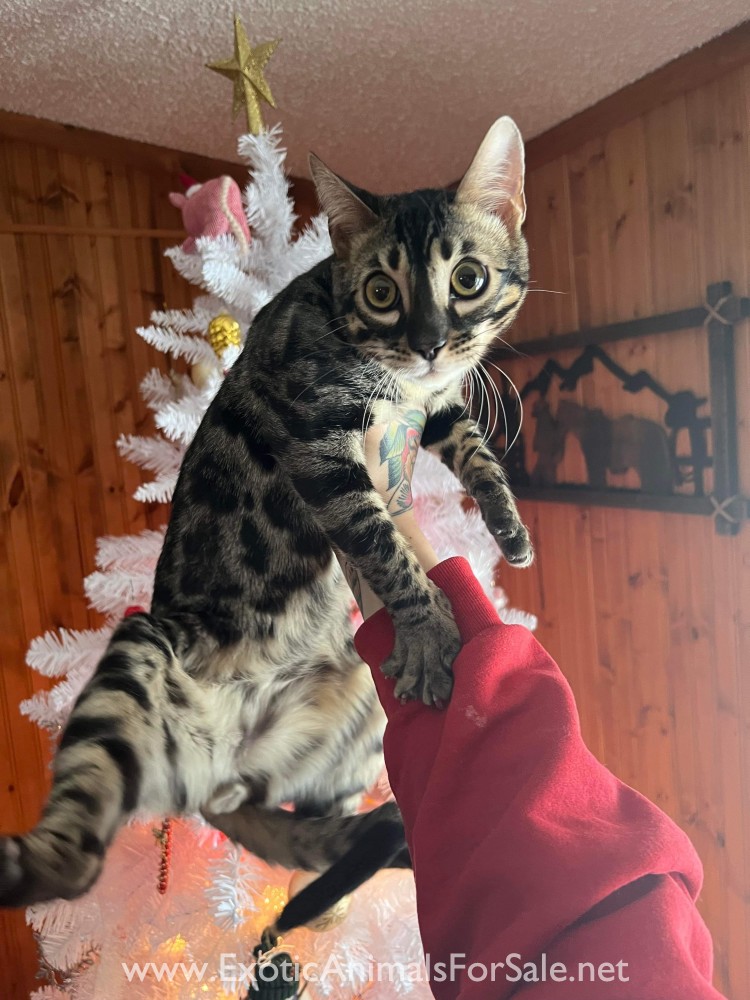 Hi! I have a TICA registered intact male bengal that is being returned back to me due him fighting with their male cat (fighting for the female there) He was sold with contract to be fixed but they did not do so, so I am sure once he is neutere... 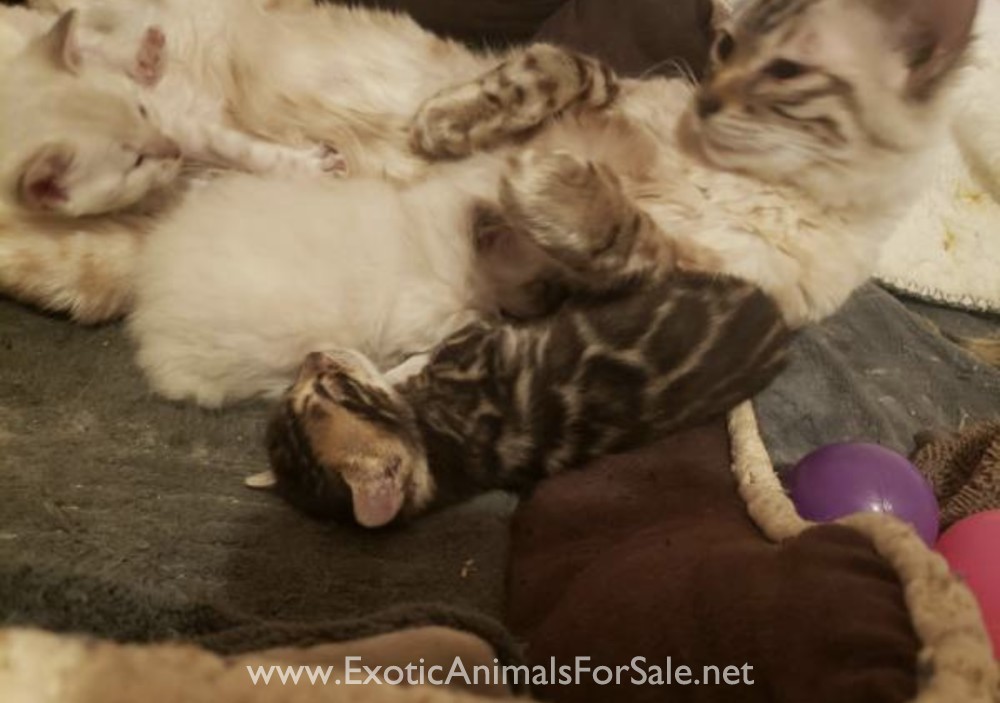 Hey there. We are a small home breeder based out of long Island. We dedicate a lot of effort into the care,health and demeanor of our cats. We dont give our cats to just anyone so we would like to speak to you over the phone to ensure these cats w... 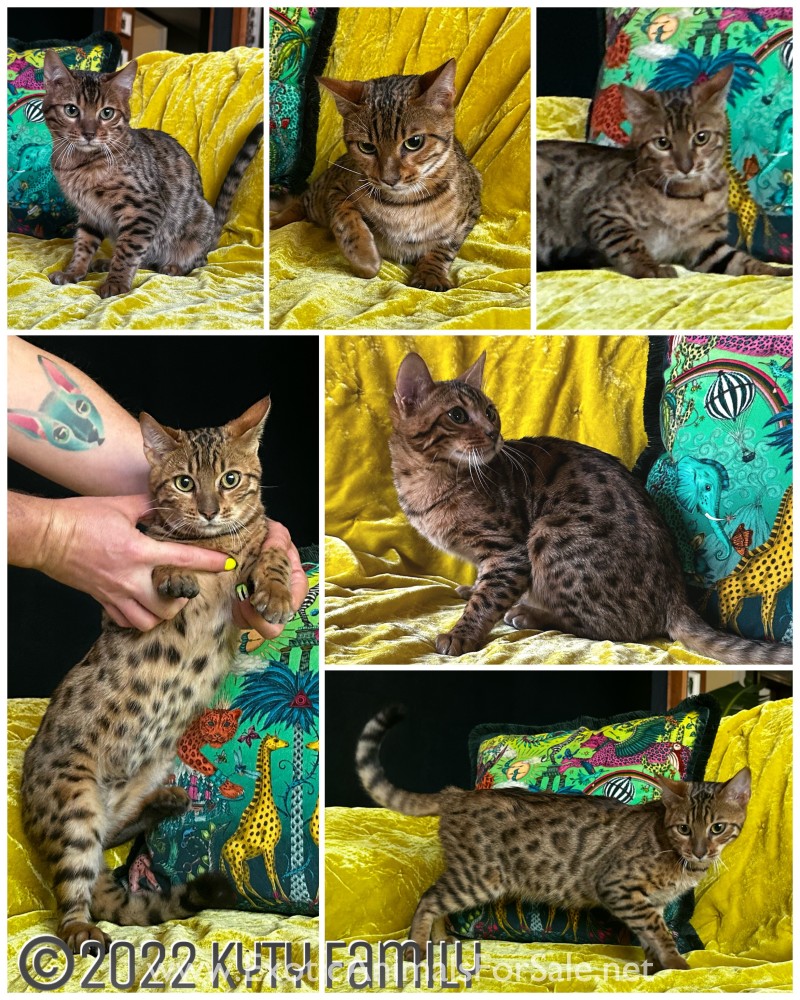 Bengal Kittens!!!! We have three gorgeous males available! Financing and Shipping Available All of our babies come pre-spoiled, and with a health guarantee! We offer shipping, and lifetime support for any questions or concerns you have!... 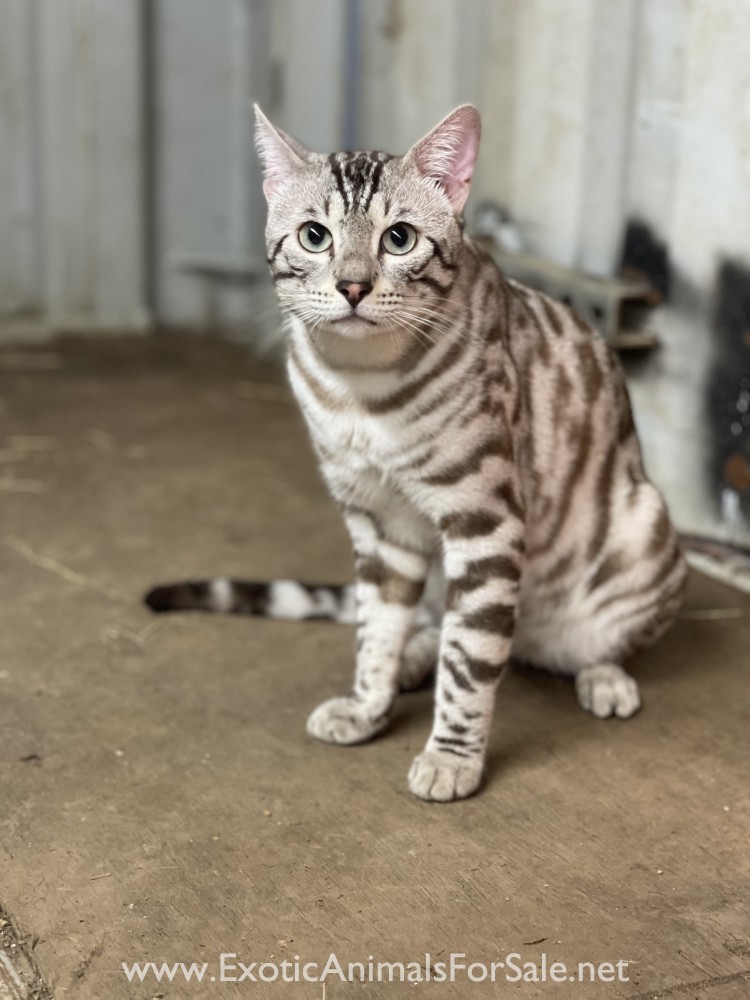 Usda facility mom is Melanistic and is mink color silver and black. They have been raised in our home and around other cats. Last picture is one of the females kittens Selling all together as a trio 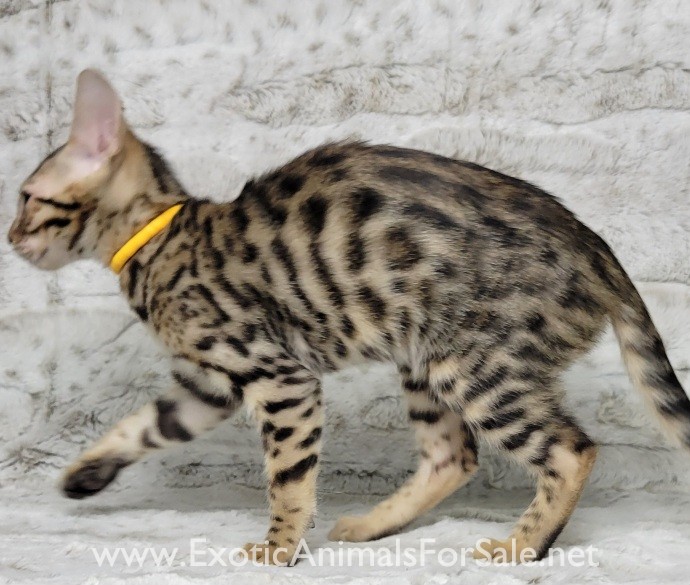 Bengal kittens. Healthy socialized babies, will be spayed and neutered before leaving. Microchipped, vaccines with exams by veterinarian. Pick your baby now ? 10/22 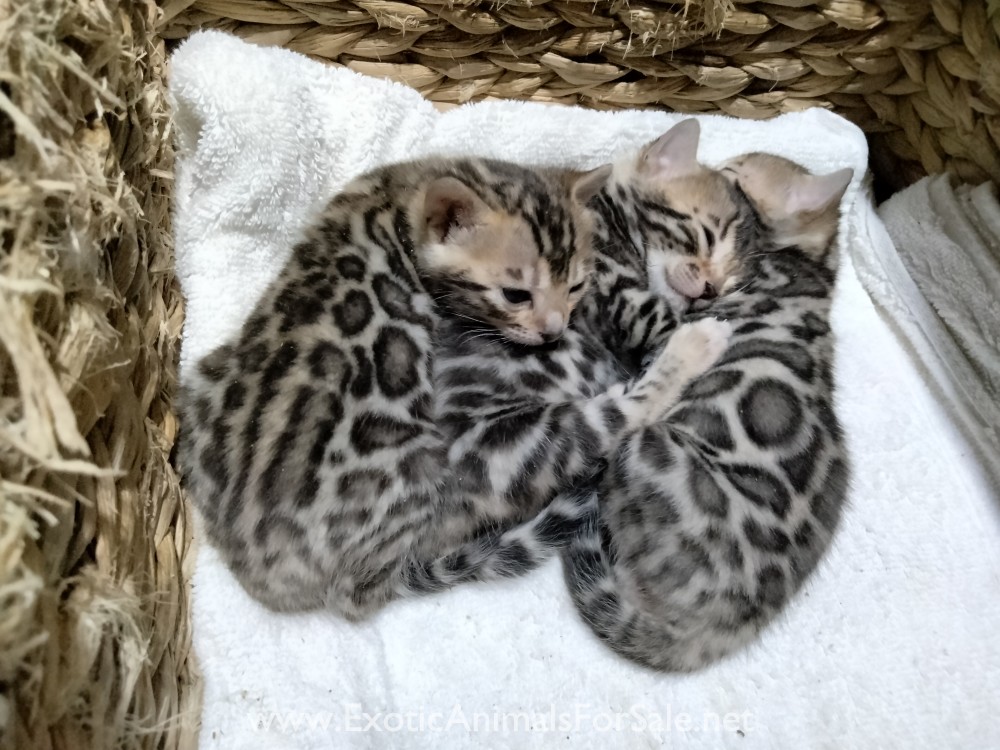 I have males and females available. Kittens come from high quality imported lines. All my Bengals have high contrast bold rosettes and markings. Kittens are extensively socialized with people and dogs. Health is guaranteed. Please only contact me via... 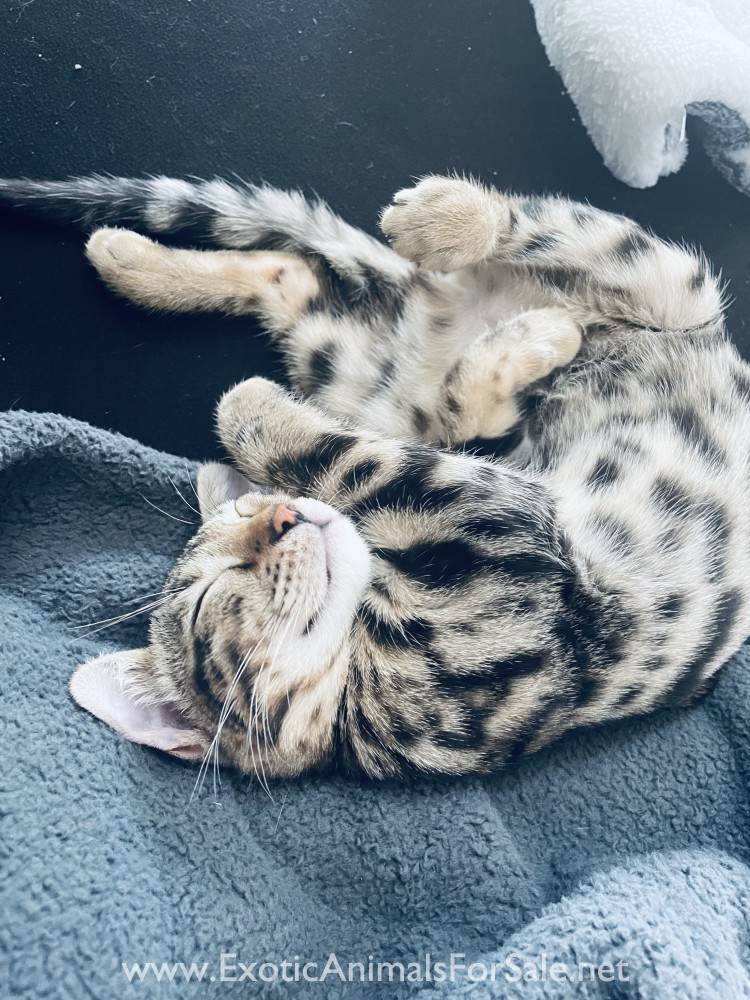 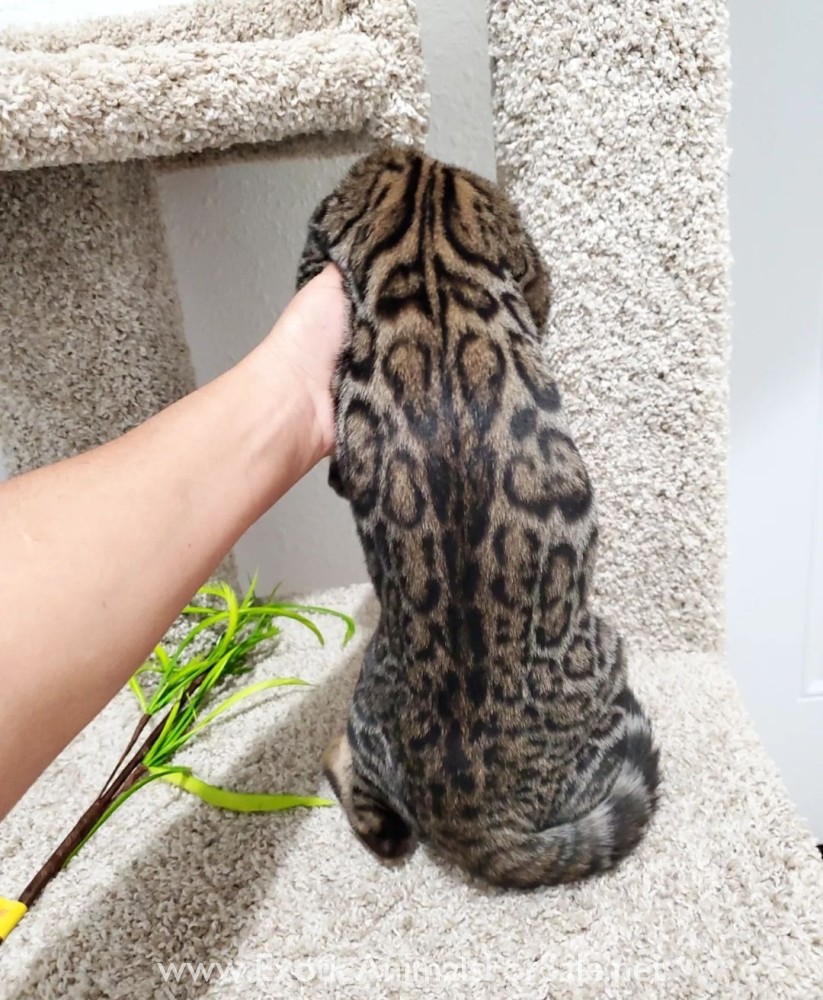 TICA registered bengal male kitten we call Oliver. Ready to go! He will leave fully vaccinated, dewormed, current on flea prevention, vat checked and healthy with a health guarantee. He leaves with his records, one free month of flea prevention and... 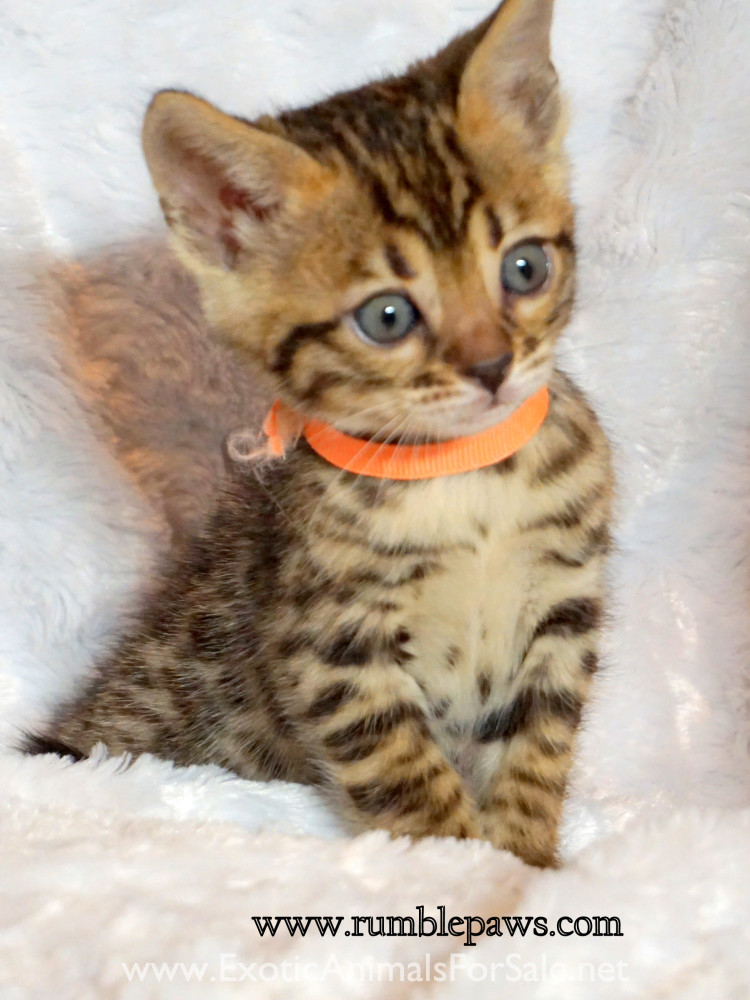 Holiday Sale Pricing! We have some very stunning bengal babies to offer. They have some gorgeous markings and are high in contrast of colors. All our babies have been discounted for the holidays from normal assessed pricing. For any that reserve or p... 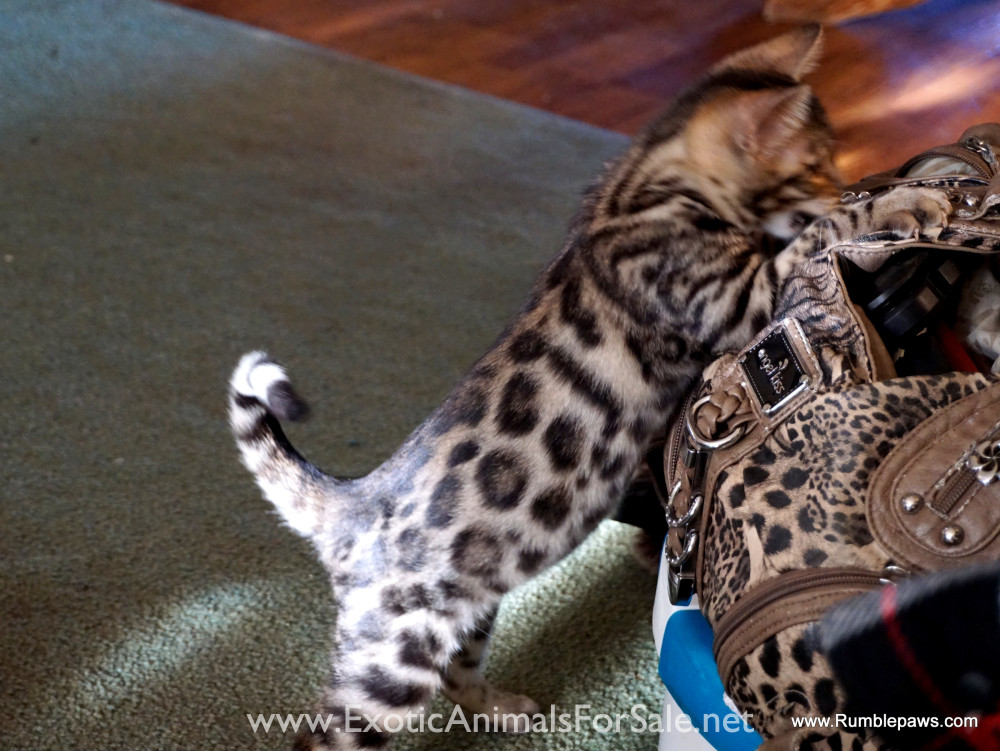 Holiday Discount! We are offering a wonderful little female Bengal. Very clear coat and a high contrast of colors with open rosettes. She is a very playful little girl. She comes with a veterinary health certificate and health guarantee, first vaccin...

1.0 Patagonian Cavy For Sale or Trade

I have a 5 month old Patagonian Cavy for sale or trade. Being bottlefed he is sweet natured. Interested in trading for other Exotics. I'll meet you half way drive wise.. Interested in mini pigs, duprasi, ferrets, hedgehogs, sugar gliders, flying... 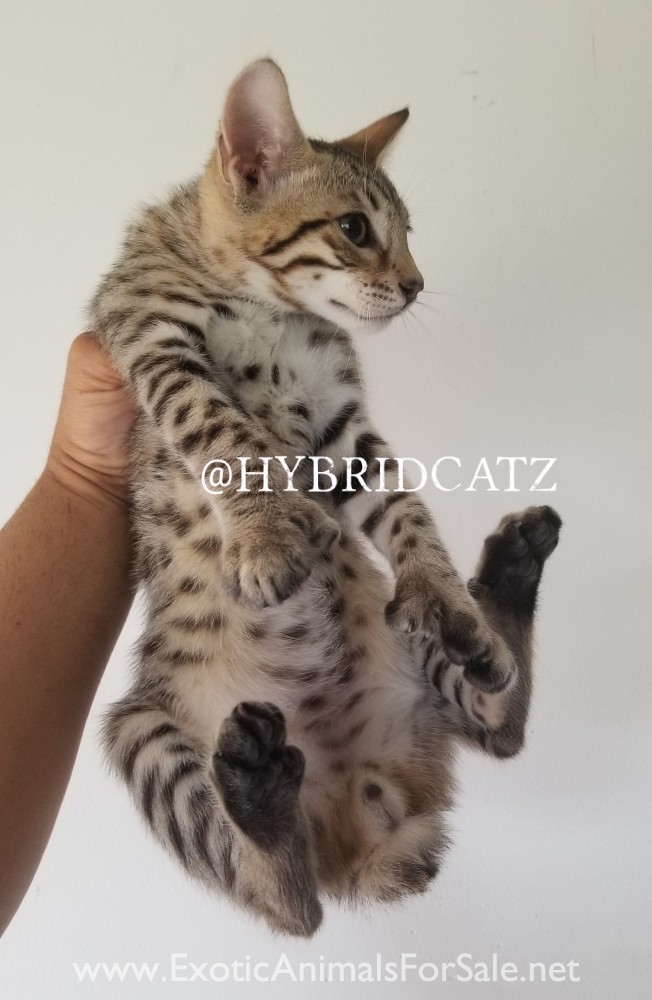 Savannah Lynx hybrids and one Pixie Bob x Bengal hybrid kitten available. All with bobtails. Will leave with up to date vaccines and a written health guarantee. Well socialized and playful. Contact us for details 805-944-0357 Follow us at H... 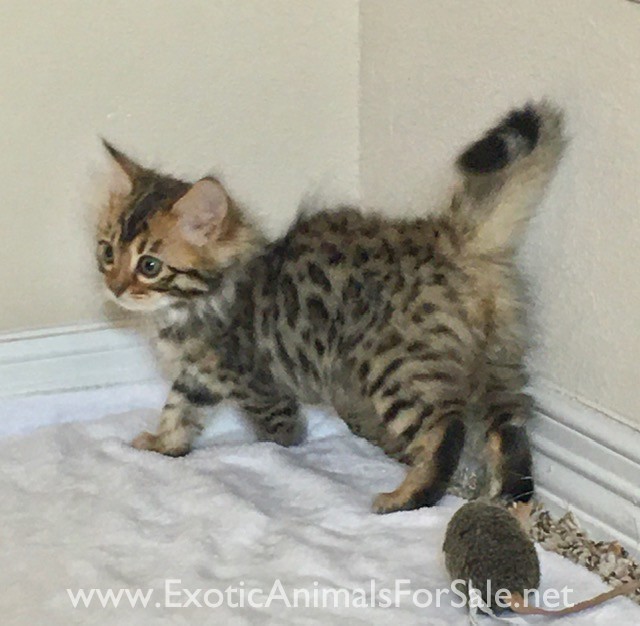 Gorgeous SBT Cashmere (long-haired) Bengal female kitten available as a pet only. This beautiful baby was born on 8/23/2022. She has a light golden base color and huge rosettes outlined in black. She has long legs and rounded ears with little tufts... 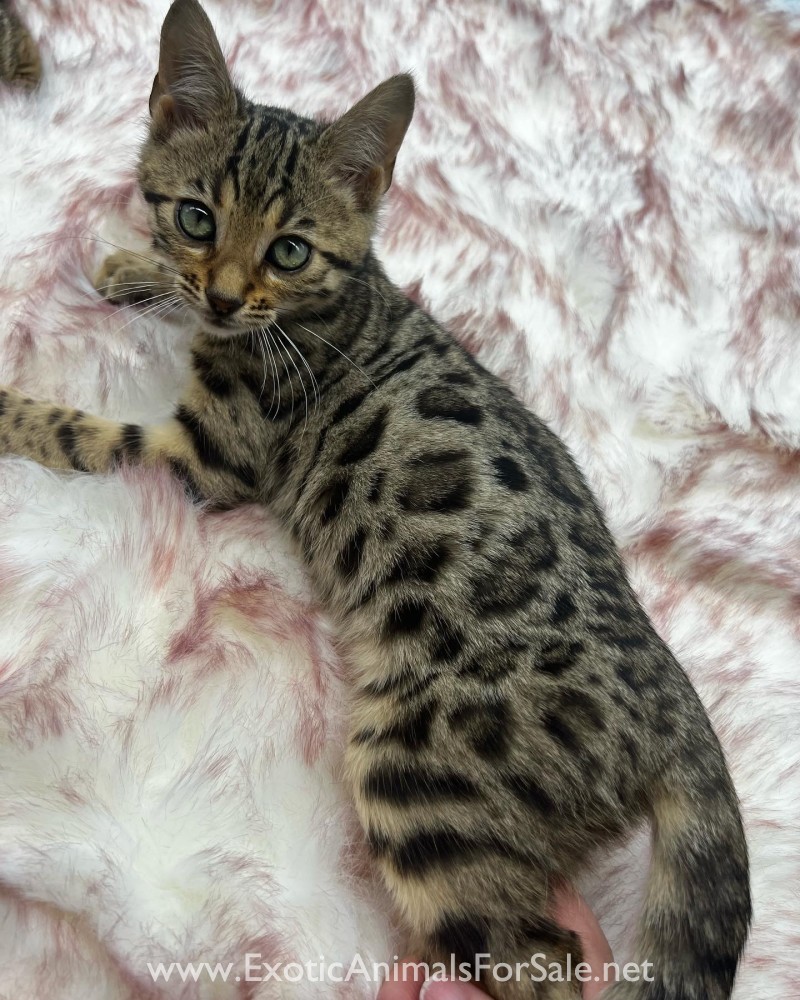 I have absolutely stunning male and female brown spotted bengals available. They have been reduced to $1500 in hopes of finding them homes for the holidays. My kittens come with first vaccines, current deworming, a health certificate and TICA registr...

Bengal cats can be housed like any domesticated cat, meaning they can be allowed free range of the owner's house. It is advised that they be exclusively indoor cats as they may contract diseases from interacting with stray cats in the neighborhood.

What does a Bengal Cat Eat?

Because they are a mix between the Asian leopard cat and a domestic breed, the Bengal has slightly different dietary needs than an average house cat. Cat food that is high in protein is optimal, but because most commercial cat food contains more carbohydrate fillers like soy, rice, and corn and less meat products, health issues can occur. Protein should make up about 50% to 80% of the animal's diet, so if the cat food is not adequately satisfying this need; raw meat can be used as a supplement. It is important that the meat is fresh and not processed.

Enrichment for a Bengal Cat

Bengal cats are very active and alert. They like to play and can learn games like fetch or figure out puzzle toys. Unlike most house cats, they like water and may jump into a bathtub or pond or pool for a swim. If they are bored, they might adopt some destructive habits, like fishing in the aquarium or turning on light switches. Bengals also like to climb and would benefit from a tall cat tree with ledges from which to survey their surroundings.

Female Bengals reach sexual maturity at around eight months old, while males mature at between ten and sixteen months. Ideally, the female Bengal cat should be at least one year old and have had a few heat cycles before she is breed. The gestation period for Bengal cats is approximately 63 days. Because they are considered an exotic breed, the litter size of Bengal cats is often smaller than domestic house cats. Litter sizes average between two and five kittens.