Naturally, bears are nomadic in that they must travel extensively in search of the various food items available. There is documentation that wild bears are known to roam for over a hundred miles in search of food, shelter or a mate. Additionally, bears are rather intelligent and shy animals. They can be easily startled and when threatened can make them become potentially dangerous. Such behavioral characteristics, as well as brute strength and strong instinct, drives make bears highly complex animals. Hence, to keep them as pets requires serious consideration and special attention. 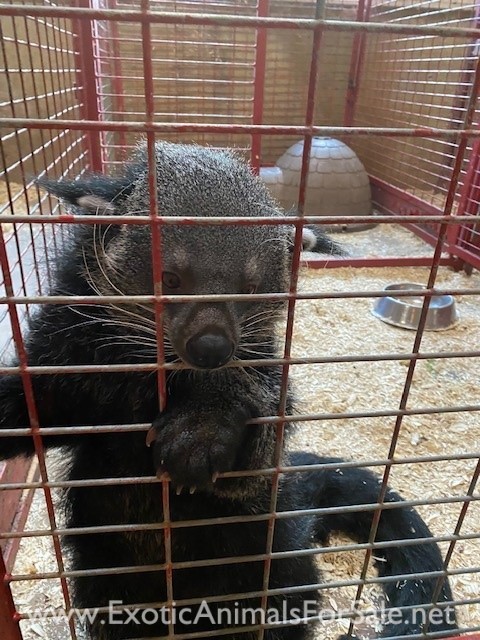 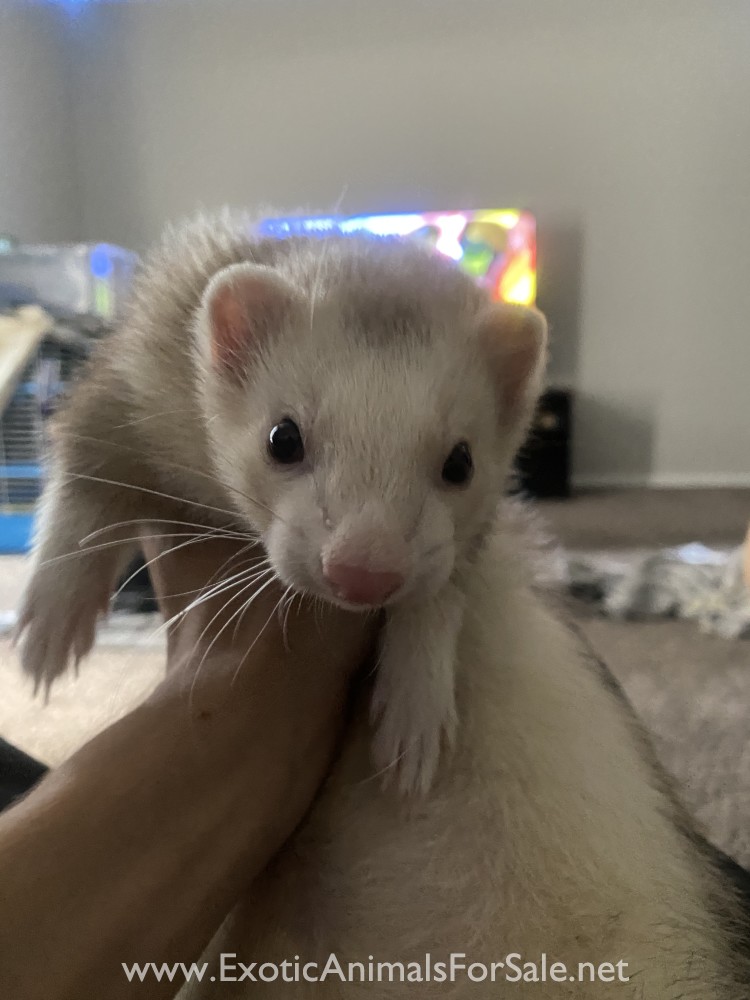 I’ve got 2 8 month old ferrets, the lighter colored is named Reggie, the darker colored is named Bear. We unfortunately just don’t have the time we thought we would have for them to have a fun/enjoyable life. Please text me at the number provided,... 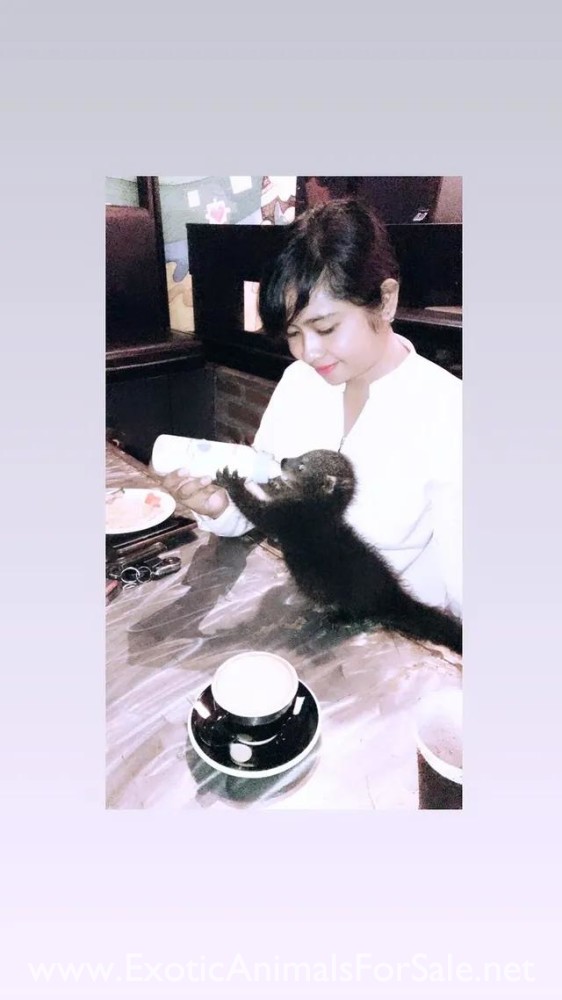 Ollie (white) 1 year old and Bear (brown) 6 months old are brothers at heart they are very friendly love to be taken on walks and play and wrestle all day long. I sadly have a very busy job so I can no longer take care of them from here on out. Just... 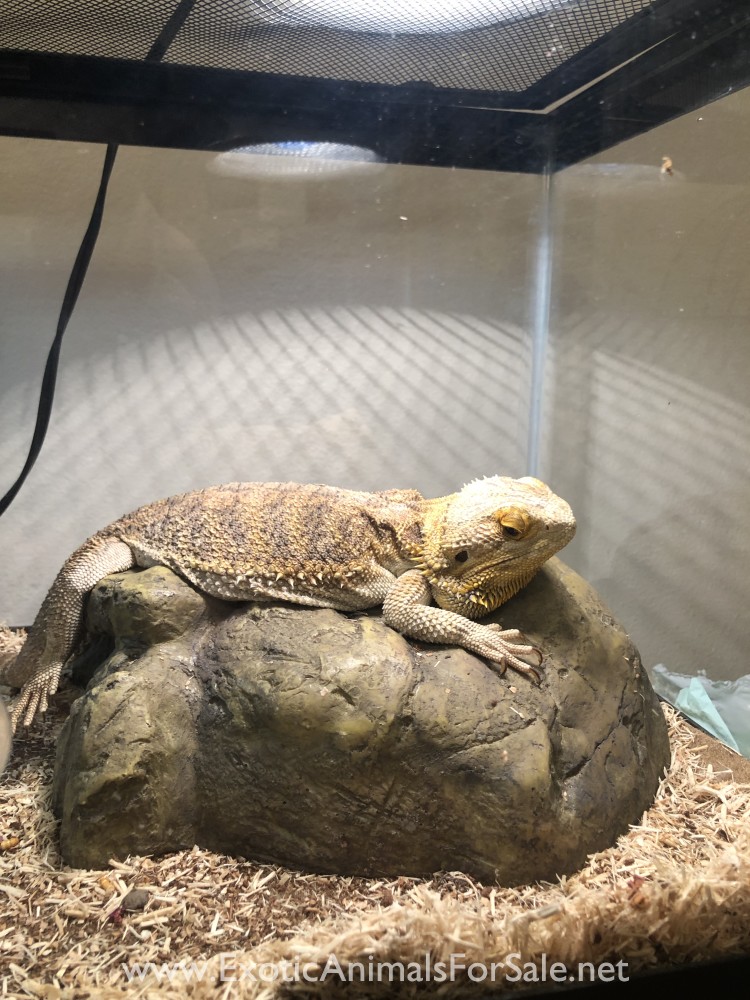 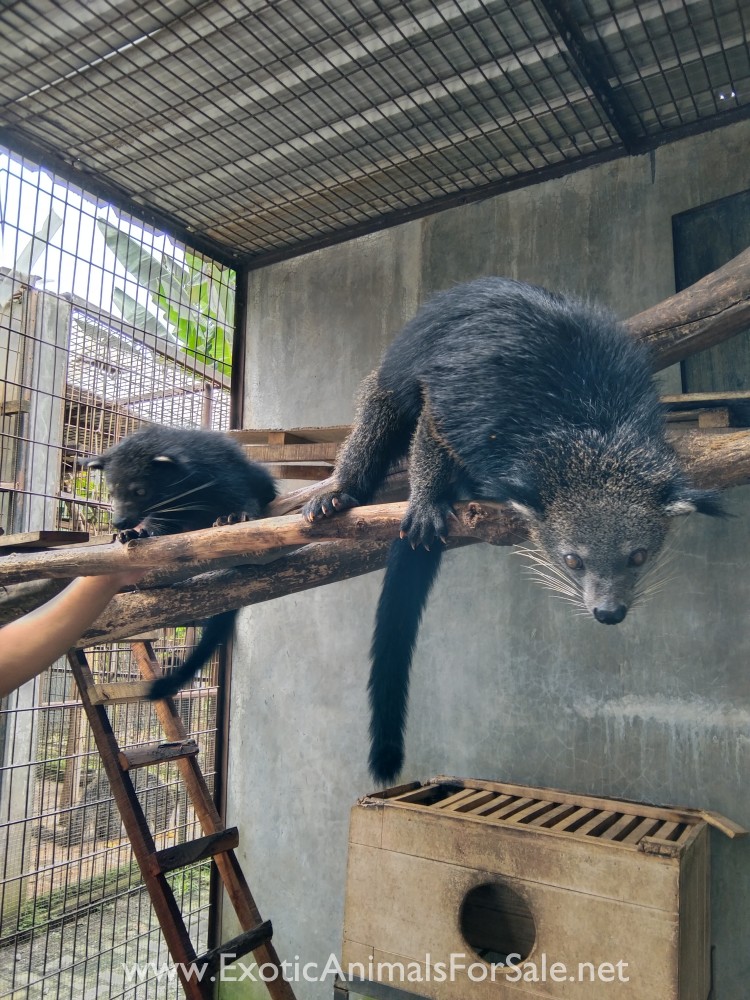 Typically, bears are not aggressive in nature but rather defensive and very shy. Fear and stress can transform an apparently docile bear into a highly reactive and potentially dangerous animal. Unfortunately, people with good intentions will often decide to buy a bear cub to keep as a pet, only to experience difficulties later in raising a rapidly growing bruin. Often, the seemingly offending bear is vilified and punished as a result of no fault of his own. This is when he reacts naturally to the threat or tension that is present in his restricted and artificial environment. These unfortunate circumstances make the public have a misconception of bears as vicious and aggressive predators, often resulting in unnecessary death of numerous innocent bears.

A lot of effort and thought must be put to ensure the life of a confined bear is as gratifying and stress-free as possible. The owner should seek as much information as possible about bears, such as their behavior, needs and natural history. Possessing excellent observation skills and knowing the individual personality traits of a captive bear can help the owner anticipate behaviors and know when something is wrong.

Considering the circumstances of confinement, it is extremely important to come up with an effective program for enrichment activities. Such a program can improve the bear’s general health. In instances of several bears sharing quarters, they will socialize with each other if they feel safe in an environment that is non-threatening. Creating an environment where the bear can have control over its surroundings is crucial for decreasing the harmful effects of stress. Priority must be given to adequate space in the bear’s enclosure to enable it move freely, escape from apparent danger, and explore its environment.

Housing for a Bear

Incorporating ground cover and vegetation into the design is particularly vital for simulating a healthy natural habitat. It has been cited that the sense of smell of a bear is about twelve times more powerful when compared to that of human beings. Bears use this outstanding sense of smell to find food, locate mates and detect danger. Offering them tasks that have aromatic qualities and hiding food can induce them to have a natural foraging behavior, resulting in a more motivating environment. They can easily become bored, meaning that the caretaker must put some effort to keep them intellectually challenged and interested.

It is important to re-emphasize the fact that bears are naturally shy and hence easily frightened. Therefore, they must be kept in areas that are quiet, secure and with privacy. Alarming a bear can induce an immediate reactive response that will force it to defend itself against an apparent threat. Such a circumstance can in some instances result in a dangerous situation. The owner should bear in mind all these important characteristics in mind when devising enrichment programs and designing suitable habitats for captive bears. Caretakers should try as much as possible to mimic a natural environment, although it is not always possible.

What to feed a bear

Rather than presenting food to bears in their full view, the owner should try to hide some of it in logs, around the yard, in crevices, in tree hollows as well as other areas. In addition to helping the bear occupy its time constructively, this will facilitate a natural foraging behavior. Some of the food items that are easy to cache and hide include nuts in shells, dry dog food, and fresh or dried fruits, among others.

It is advisable for the owner to provide a huge mound of wood chips in the enclosure for the bear to climb, roll in, or rub. Using aromatic wood sources such as pine or cedar shavings is recommended as they work very well. Freshening it daily using a pitchfork is helpful in order to redistribute the chips into a hill. Bears love to climb on top of wood piles, as well as to dig holes. They are also particularly attracted to fragrant coniferous materials while some of the wood may possess bug deterring materials. It is also a good idea to use fresh pine needle loads in the enclosure in order to entice exploration and make comfortable day beds. However, some of these materials are likely to cause respiratory problems. Hence, the caretaker should be on the lookout for symptoms and remove them immediately should they be a problem.

Bears designate their territories by biting, rubbing or scratching trees with a rough texture, such as cedar, oak, pine and hemlock. It is, therefore, a good idea to include in the enclosure natural tree posts having intact barks. Regular wooden posts can be effective substitutes although chemically treated ones should be avoided. Such posts should be well secured to the ground as bears are capable of exerting a lot of force while marking.

Naturally, bears love climbing and sitting on high vantage points to be on the lookout for potential dangers or rest. Therefore, trees with study branches and boulders should be included in the enclosure for them to climb. In case boulders or trees are not available, the caretaker can try to fabricate a raised platform using rough-textured and strong logs, while camouflaging it using natural foliage. Often, they prefer decks placed near protective covers like bushes or trees rather than those placed in the open as vegetative screens offer them a sense of security. The owner can encourage the pet bear to climb by having some treats on the platform’s top. In case the bear is too old, weak or heavy to climb, the owner can place easy to climb planks or logs to help them climb.