States Where Pet Sloths Are Legal 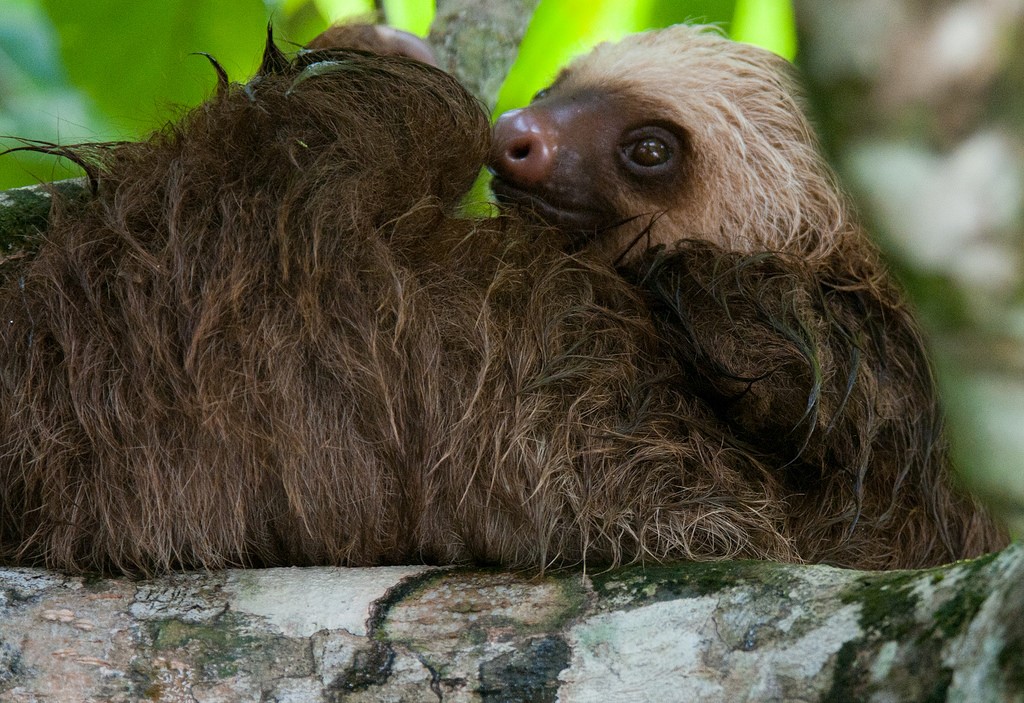 
Sloths are slow-moving, fascinating creatures that inhabit the tree tops of the jungles in South America. They are rapidly gaining popularity due to their perceived “chill persona” and strange attributes, such as their fur that hosts its own ecosystem with growing symbiotic moss. Recently, sloth rescues in Costa Rica have circulated adorable images of baby sloths wearing pajamas for medical reasons. Sloths can be cute, but they are one of the more challenging exotic pets to keep alive and thriving in captivity.

Can you own a pet sloth?

There are quite a few states where sloth ownership is legal, but finding a dealer to sell you one might be a bit difficult. Sometimes exotic pet stores sell them, which is a questionable practice, but this is extremely uncommon. Sloths are costly animals and are typically priced around $6000 for a captive-bred baby. Adult sloths are often wild-caught and inexperienced owners should avoid them at all costs. In general, sloths make poor pets for the large majority of pet owners, but a few dedicated individuals can have success if they have experience with other difficult exotic animals.

Only the two-toed sloth is possible to own in the United States. Three-toed sloths are the species that have black ‘tear marks’ under their eyes, and even zoos have great difficulty keeping them alive. All sloths require special temperatures and levels of humidity that must be maintained at all times. Their diet is complex and not completely understood, so the owner must do thorough research and contact zoos that are keeping them if possible. Sloths should not be kept in a simple parrot cage unless it is an extra large, double macaw enclosure that is at least 6 feet tall. Most importantly, sloths are easily stressed and can have their welfare compromised from too much handling. This brief description of their care should dissuade most people from thinking a sloth can make a good pet.

Where are sloths legal?

State laws addressing exotic or wild animal possession frequently change and if you are serious about getting a sloth, you should find out if they are legal for sure. This is a list of states where sloths are probably legal, based on the limited information available. Unfortunately, even state workers can provide false information, so finding out the truth can frustrating. You will have to check not only with your state, but your county, city or town, and neighborhood association if you live in one.

This article is a general guide and sloths may very well be legal in most states and illegal in some of the listed states. If you are serious about buying a sloth, you should also check your importation laws as sometimes an animal can be legal to own but have special requirements for importation over state lines.

Thankfully, most states do not specifically mention sloths and there is absolutely no logical reason for them to be banned in any state. These delicate animals pose very little invasive potential due to their highly specific dietary needs and sensitivity to temperatures. Only South Florida and Hawaii have a scant chance of keeping an escapee alive, but the likelihood of a sloth escaping is also rather low. Obviously, while sloths can bite, they are no public safety threat.

The likelihood of at least two sloths escaping, surviving, and breeding is near non-existent. Sloths are very unpopular pets (with good reason) but the opportunity should exist for people who can dedicate a good portion of their life to the animal’s care.