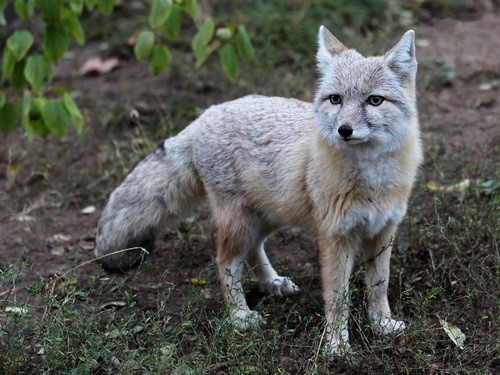 What is your dream pet? Ask any small child or even an adult and a pet fox is not an uncommon response. Foxes are the personable characters in multiple films and folklore, as well as the alluring ‘cute’ critters that sometimes show up in our backyards. The appeal of having a pet fox is obvious, but is it feasible for someone to own one?

Keeping foxes as pets is unfortunately banned in most states, and some of the few states that have foxes legal may ban certain species. If they are legal in your state however, some foxes can make good pets for the right committed owner. Who is the right owner, however? Most foxes benefit tremendously from having access to an outdoor enclosure. Most people don’t have the means or desire to erect a large enclosure outdoors that needs to be well-maintained to prevent escapes or keep out determined predators. For people who want to keep foxes exclusively indoors, there are still options.

What separates one fox species from another when it comes to its suitability as an indoor pet? For foxes particularly, lack of offensive odor is hand-down the most important quality. The red fox is one of the most popular fox species, but it is notoriously smelly.

The fox itself may not smell too terrible, but their urine has been described as being similar to skunk spray and the remnants of that adheres to their fur. Foxes also have scent glands that may be released when they get scared, although this shouldn’t be a problem for properly socialized animals.

All foxes can be very energetic compared to traditional pets, and this is one reason an outdoor enclosure is recommended. It is exceptionally challenging to keep a large fox entertained indoors without a lot of special ‘fox-proofed’ spaces for them to call their own.

Due to their energy level, smaller foxes are much more suitable for indoor-living. Their smaller size allows them to meet their behavioral needs within a standard-size room or even smaller enclosures like a double-wide Critter Nation cage, as long as they are given adequate playtime outside of it.

It should be noted that all foxes differ from the typical dog and cat and much of the general public will find their inherent traits to be a challenge. True ‘domesticated’ foxes are extremely rare and even these animals are still foxes and will not be similar to a golden retriever. Those who are looking for a pet that has the adaptability and personality of a dog should probably just get a dog. There are many dog breeds that resemble foxes, such as the shiba inu. 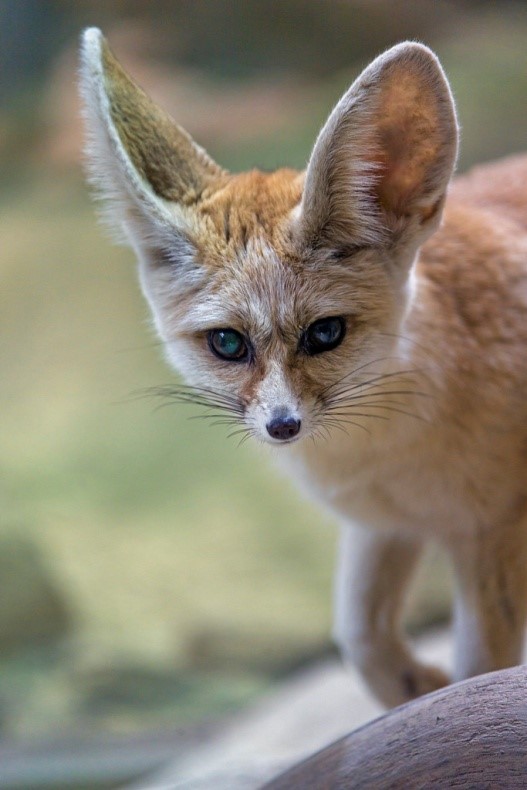 "Shy but attentive fennec" by Tambako the Jaguar is licensed under CC BY-ND 2.0

This fox species is undoubtedly the most popularly owned small fox and a relatively common ‘zoological’ species that is kept as an exotic pet. In a traditional sense, they are some of the ‘easier’ exotic pets to own given their size, somewhat friendly demeanor, and lack of a severely offensive smell. Although please note that no fox is entirely odor free given that they will all at least have smelly poop.

Fennec foxes reach a very reasonable length of approximately 12 to 16 inches long and only weigh 2 to 4 pounds in adulthood [1], making them about the size of a Chihuahua.

Pros of fennec foxes as pets

Cons of fennec foxes as pets

This rare fox species is beginning to appear more frequently in the American exotic pet trade. They are a little bigger than fennec foxes, weighing in at 4-6 pounds [4], but they are still a small species. There is very little information available on the care of this fox and its disposition; however some owners have reported that they are friendlier, easier to tame, and have lower odor than fennec foxes [4]. As a species that is found in Somalia and Sudan [3], they are likely similar to fennecs as they are desert dwellers and they have a very similar appearance. Something also notable in the pale fox’s natural history is that it is gregarious and lives in a pack with 3 adults [3]. This can potentially be an explanation for their reported sociability.

These small foxes, native to the deserts of Northern Africa and the middle east, may weigh about 2-8 pounds when full grown [5]. The males tend to be slightly larger than the females [5].The pale fox and the Rueppell’s fox are very similar-looking and can be distinguished from the black tail tip marking being absent on the Rueppell’s [3]. While there is very little information on the care of this recent introduction to the pet trade in the United States, it’s likely that their care and disposition are similar or identical to the pale fox. Many Rueppell’s foxes currently available as pets are imports or first generation captive-bred babies. 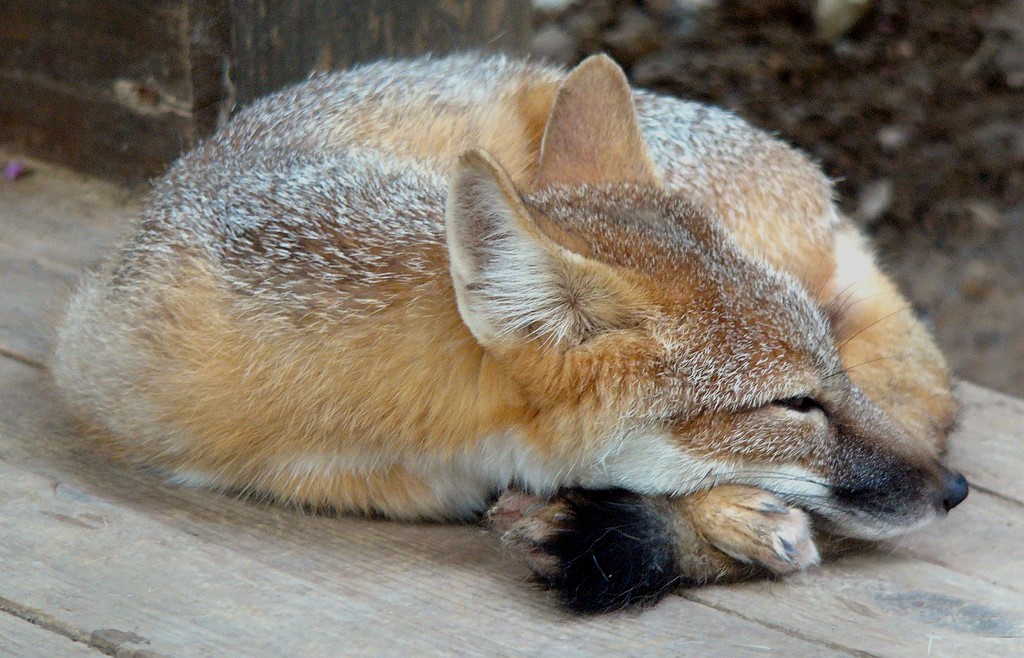 As North America’s smallest wild canid, the swift fox is yet another small desert species, weighing only 4-7 pounds [8]. While their care has been said to be very similar to fennec foxes, some owners have described them as being less energetic and more loving [6][8]. Since this species is currently very rare in the pet trade, the available information on them as pets may not be reliable at this time.

This species weighs 3-7 pounds and is very closely related to the swift fox. In fact, some scientists consider them to just be subspecies of each other [6]. This is another rarely kept small fox species that has a few reports of having a good disposition, possibly making it suitable as a house pet, although these testimonials can potentially be unreliable. They live around 12 years in captivity [10]. 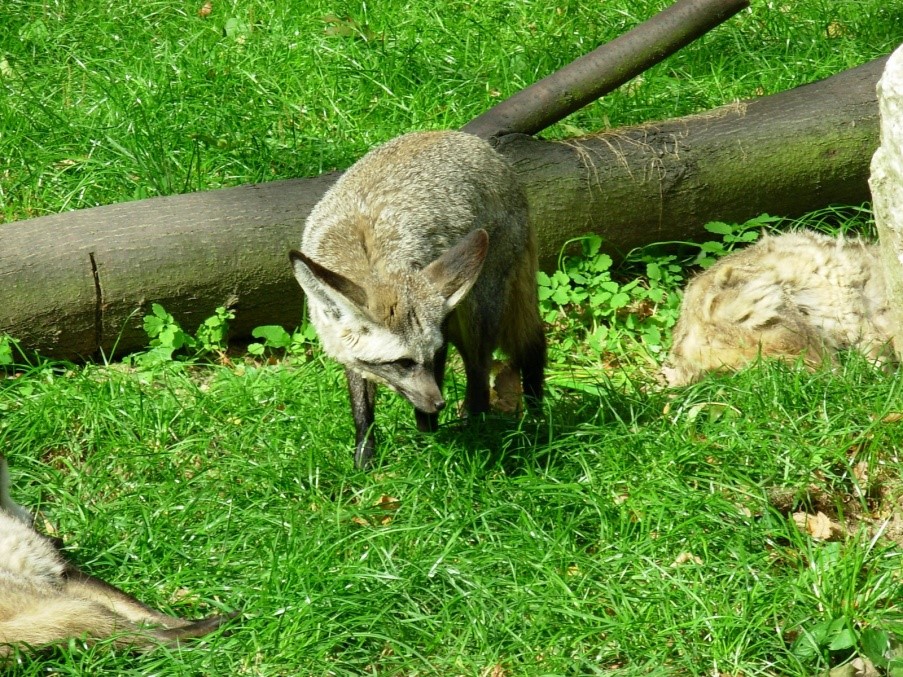 This is a relatively small fox, however some individuals can reach up to 12 pounds while at the low end, they can weigh 6 pounds [11]. This is also not a ‘true’ fox, since it is not of the Vulpes genus. Bat-eared foxes look similar to fennec foxes with their large ears, but they are darker in color and are a little larger. This species also has a unique insectivorous diet [11]. Most bat-eared fox owners as of current tend to do educational work with them. A few of these foxes live indoors and have been reported to do relatively well, with little odor (compared to a red fox).

This approximately 6 pound fox [2] is extremely rare in the United States and may only be available in the UK at this time. While there is very little information available on this species as a pet, some owners suggest their care and temperament is identical to that of fennec foxes.