People who are involved with exotic animals dread, but are unfortunately, used to this miserable pattern. A highly publicized, very rare, ‘exotic animal incident’ results in an escape, injury, or fatality to an animal or human and moments later, animal rights groups, ignorant politicians, and the reactive public begin calling for changes to state laws, usually in the form of banning animals they consider to be ‘wild’ or ‘exotic’. Inevitably, the narrative of the discussion always turns to the state’s so-called inadequate ‘exotic animal ownership’ laws, regardless of whether or not the incident actually took place in a non-licensed, private pet situation. The 2018 tragically fatal lion mauling of college intern Alexandra Black at Conservator’s Center was no exception. 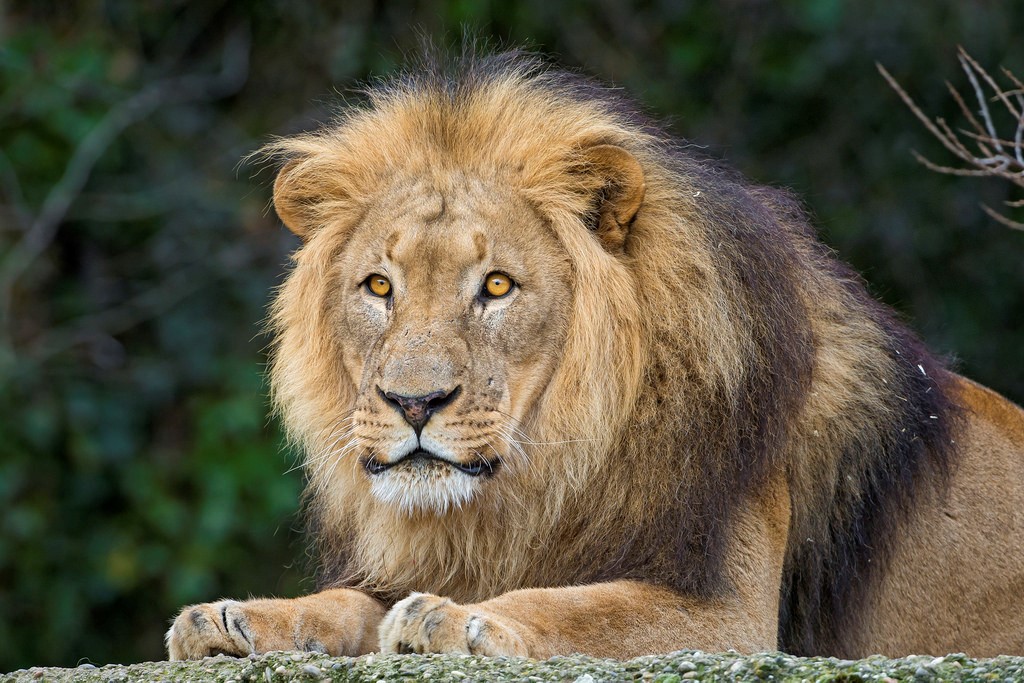 Scott Sexton writes, in his ‘misguided’ at best article in an attempt to shame legislators into action:

“The aftermath of the attack over the past couple days has wrought the usual and predictable reactions. Authorities swear to conduct thorough investigations. Animal-rights folks correctly and righteously howl about tighter regulations. And lawmakers likely will begin a hollow and pointless process to do … nothing.”

These ‘correct animal rights folks’ include groups like PETA, an organization famous for comparing chicken farming to the Holocaust. It should be noted that these groups, as Sexton correctly identified, are not human safety advocates but ‘animal rights’ activists. Their interests lie solely in aiming toward the goal of ‘liberating’ animals from any form of human use; therefore, it doesn’t take a genius to consider that their viewpoints are rife with bias. If that’s not convicting enough, one only needs to look at their articles, including this one entitled “Zoos: Pitiful Prisons” and “Why You Should Not Support Zoos”. PETA’s statement:

The Humane Society of the United States (Kitty Block is the president and CEO in Washington D.C.) is an organization with similar views as PETA but with less radical-appearing presentation. Their statements regarding the incident are par for the course as well:

“The incident is a tragic reminder of the dangers associated with the private ownership of exotic wild animals by individuals or organizations who are often not qualified to take care of them.”

Within the same passage, the Humane Society seems to realize its hypocrisy but knows that won’t even matter when it mentions a later incident involving a small child injured in a rhinoceros exhibit. “The Florida Zoo is accredited by the AZA, but the HSUS does not support hands-on encounters where the public is allowed to interact directly with wild animals…”

Therefore, the HSUS acknowledges that bad things can happen in zoos regardless of the accreditation they are touting as a safeguard for the general public (here is an excellent article describing what ‘accreditation’ by these entities is). When exotic animal ‘incidences’ occur in both AZA-accredited and non-AZA accredited facilities, why does the belief that all unaccredited facilities are inherently unsafe or substandard persist? Why do animals rights groups, who are seeking a ban on big cats in facilities that are not accredited by the AZA (Association of Zoos and Aquariums) or GFAS (Global Federation of Animal Sanctuaries, this is considered to be the ‘AZA’ of sanctuary accrediting bodies and is highly endorsed by activists), list exotic cat attack ‘incidences’ that include these accredited zoos in their arguments?

Critics of zoos licensed only by the USDA (United States Department of Agriculture, the minimum requirement for all zoos and exhibitors) advocate giving the AZA and GFAS essentially a monopoly over big cats in the United States, which suggests that incidences do not occur or occur ‘significantly’ less often in those facilities.

In addition, activist groups often provide lists of reported exotic cat ‘incidences’ where people were severely injured by the animals. These ‘incidences’, defined by an injured person needing medical care as a result, were compiled for a 25 year span. When these ‘incidences’ are organized by type of facility and accreditation, AZA facilities are prominent, yet overall, these numbers are surprisingly low for ALL categories: 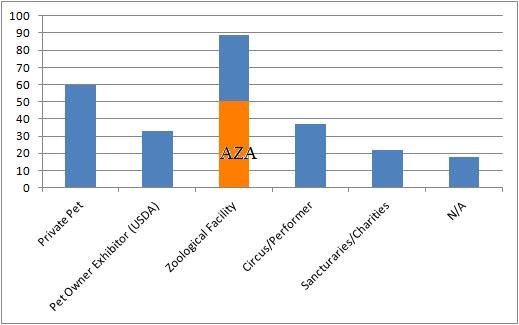 As previously stated, while PETA and the HSUS condemn facilities that are not AZA-accredited, labeling them dysphemisms such as “roadside zoos” or “wild animal menageries”, they also condemn AZA zoos for the same reasons, simply because they are anti-zoo, accreditation or no. PETA is unashamed to admit this, but the HSUS is vaguer about their position with the hopes of obtaining more support from the ‘typical American’.

It is utterly irrefutable that escapes, attacks, and other incidences occur in both accredited and non-accredited facilities.

It is also irrefutable that non-AZA accredited zoos are being treated to a shockingly unfair double standard when compared to amusement parks, circuses (those with no animals), and operations involving domesticated animals. Essentially, the occurrence of ANY incident in an exotic animal facility will result in calls for all similar facilities to be shut down.

The standard unaccredited zoos must meet is that nothing can ever happen. Mistakes can’t happen. Human error cannot exist. The record of every non-AZA accredited facility must be flawless or that means it is a substandard zoo and laws need to change. Yet, if the same thing happens at an AZA zoo, it’s just a tragedy. 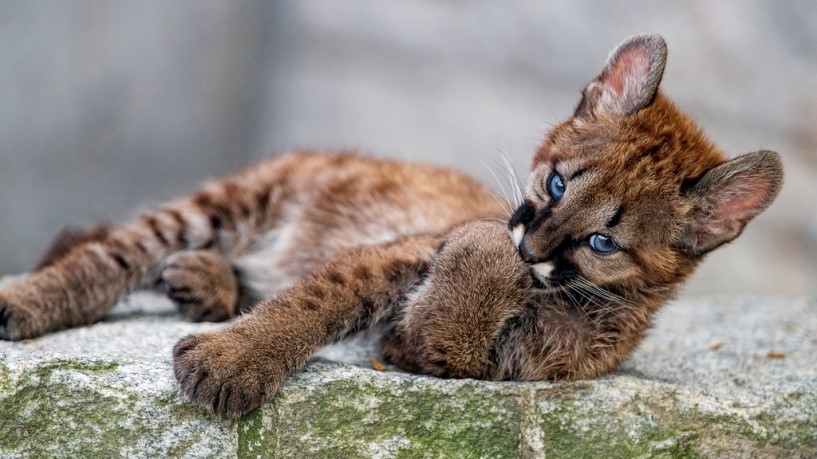 The sad reality is this: the rarer exotic animal incidences become, the more publicity they receive when they do happen, and the more motivated lawmakers become to restrict or ban zoos unjustifiably.

Is Conservator’s Center a Substandard Zoo?

In order for the claims of those who want a law change to make even a shred of sense, Conservator’s Center, deemed a ‘road side zoo’ by critics, would have had to commit some act of negligence that would have been prevented with the ‘higher standards’ of AZA-accreditation. However, at the time of this writing, it is not known what caused the incident. Does this matter to the people who are demanding that non-accredited facilities should be outlawed or banned from keeping carnivores, without even acknowledging that similar incidences have occurred within the hallowed grounds of AZA-accredited zoos? Of course not. Given their bias and anti-captivity tunnel vision, they are incapable of considering this debate with an objective and ethical outlook. 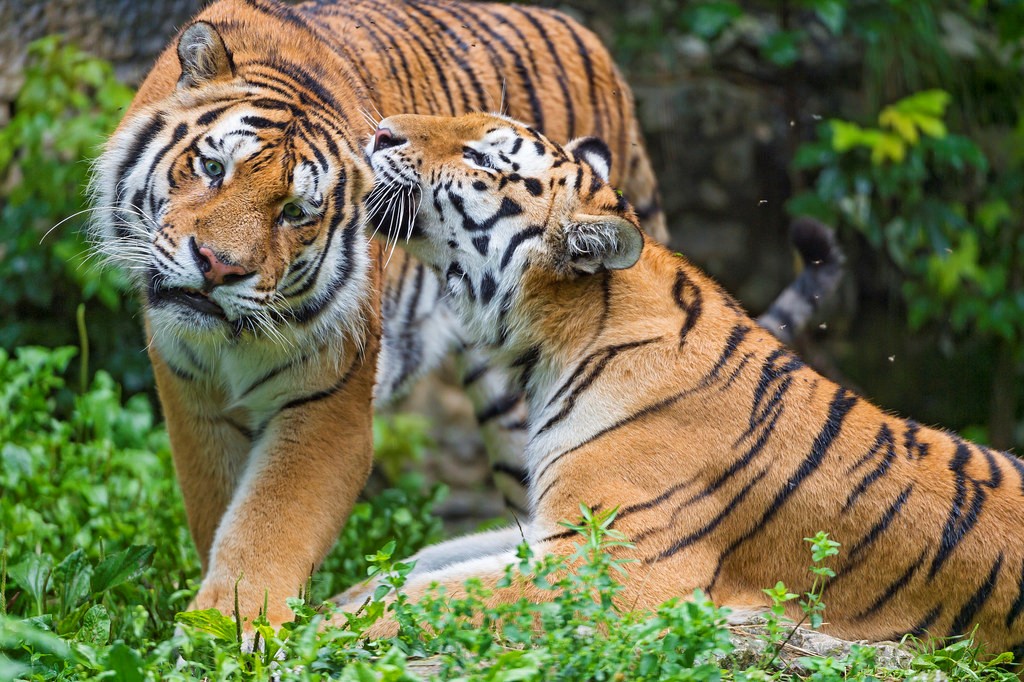 Tigers are responsible for most injurious incidences in captivity. Tambako the Jaguar (CC BY-ND 2.0) Via Flickr

Conservator’s Center, regardless of accreditation status, does not the fit the mold of the unscrupulous ‘road side zoo’ stereotype that animal rights groups are pushing. These special interest groups utilize a conspicuous ‘divide and conquer’ method to dismantle zoos and their first targets are smaller businesses (those with the ‘less pretty’ cages) that can be perfectly safe, care for animals properly, but be unequipped to undergo the expensive AZA-accreditation process which also involves adhering to that particular group’s beliefs and politics and unimportant elements like aesthetic presentation. It would be a massive injustice and disservice to society to make it illegal for non-AZA accredited facilities to continue to operate or for new ones to be conceptualized. This would, in effect, restrict new ideas, and even affect AZA facilities that often obtain animals from smaller operations or collaborate with them in other ways, such as learning effective techniques for animal management and breeding for conservation.

If the Conservator’s Center is indicated in Alexandra’s death due to poor animal management methods, only that zoo should be targeting with any changes, just as an amusement park where a fatality occurs does not result in anyone proposing a ban on amusement parks.

When Should We ‘Tighten’ Regulations?

It should be firmly established whether or not an injury or fatality from an exotic animal was a result of preventable negligence before restrictions and bans become even a thought. Besides those with inherent bias, most people would consider 0-1 fatalities per year out of thousands of facilities (including AZA zoos, private owners, and even situations where big cats are interacted with directly) rare isolated incidences.

When you factor into this that approximately six incidences caused by captive big cats involved members of the public since 1990 and none were fatalities, it becomes clear that all zoos (with current USDA regulations) pose nearly zero public safety threat and are, at worst case scenario, no less safe than other forms of recreation and the ownership of other domestic large animals, such as dogs and horses. There is no reason to respond to the disingenuous, fear mongering rhetoric from groups whose ultimate goal is to undermine businesses and educational facilities that keep captive animals or ignorant individuals that have unjust double standards for animal facilities.

Note: While this article is hosted on the website https://www.exoticanimalsforsale.net/ its creation was in no way prompted by any breeders, dealers are those with financial interests in the ‘exotic pet industry’. This article, which contains verified facts, is the sole opinion of the author.