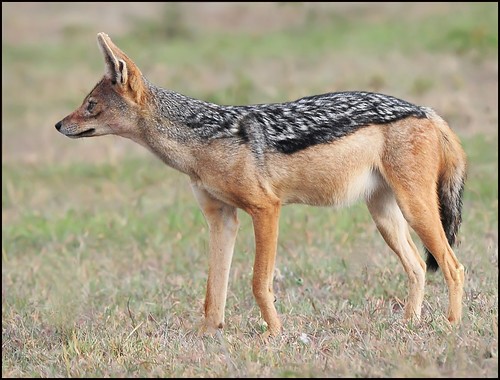 "Golden jackal again" by Tambako the Jaguar is licensed under CC BY-ND 2.0

Of the many wild-living members from the family Canidae, jackals are somewhat less popular animals. Collectively, they have a not-so-distinctive appearance that makes them resemble coyotes, wolves, and even foxes with their long snouts and reddish grey coloration, depending on their species. The term ‘jackal’ used to informally refer to most medium-sized canids, but this designation has changed. 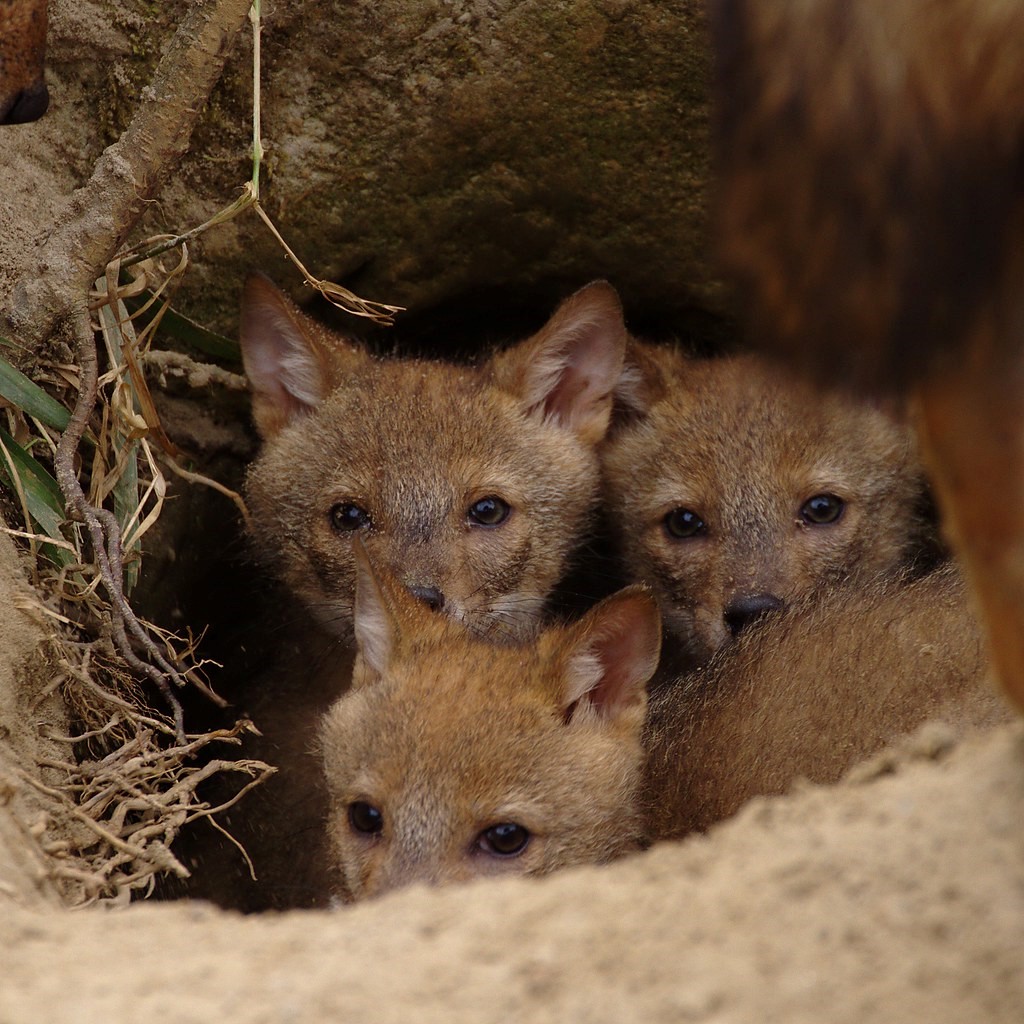 Can Jackals be Pets?

As far as traditional and even exotic pet keeping goes, jackals are rarely privately owned. Jackals have been offered for sale on occasion; although sometimes they are only available to USDA licensed facilities that use exotic animals for education or exhibition (it is not difficult to acquire one of these licenses if you are legitimately using the animal for these purposes). The most commonly sold jackal species is the black-backed jackal.

As one might assume, individuals used to and expecting the behavior of domesticated dogs would likely find a jackal to be an awful animal to own. However, a person with exotic carnivore experience, sufficient outdoor space, and ample time to spare to do research and constantly adapt to unforeseen challenges could make a good owner for this uncommon animal, provided it is legal to do so.

Jackals are illegal in most states, as are all exotic or non-domesticated canids. Most states have bans on some members of the order Carnivora because they are perceived as ‘dangerous’, and canids in particular are rabies vectors with no approved vaccine despite the likelihood that the same vaccine used for dogs will be effective. In addition, cities, towns, and other incorporated areas likely to have bans on exotic canids or may consider it when they discover what people are allowed to keep. People with USDA licenses are sometimes (but not always) allowed to keep such animals, often with some stipulations (generally, the owner must not keep the animals too close to neighbors, adhere to enclosure size requirements, safety measures ect.). However, there are some places where jackals may be kept without restrictions. To find out if this is the case with your area, call local officials (and sometimes, call again, they can often be misinformed). If you get approval, be sure to get it in writing. 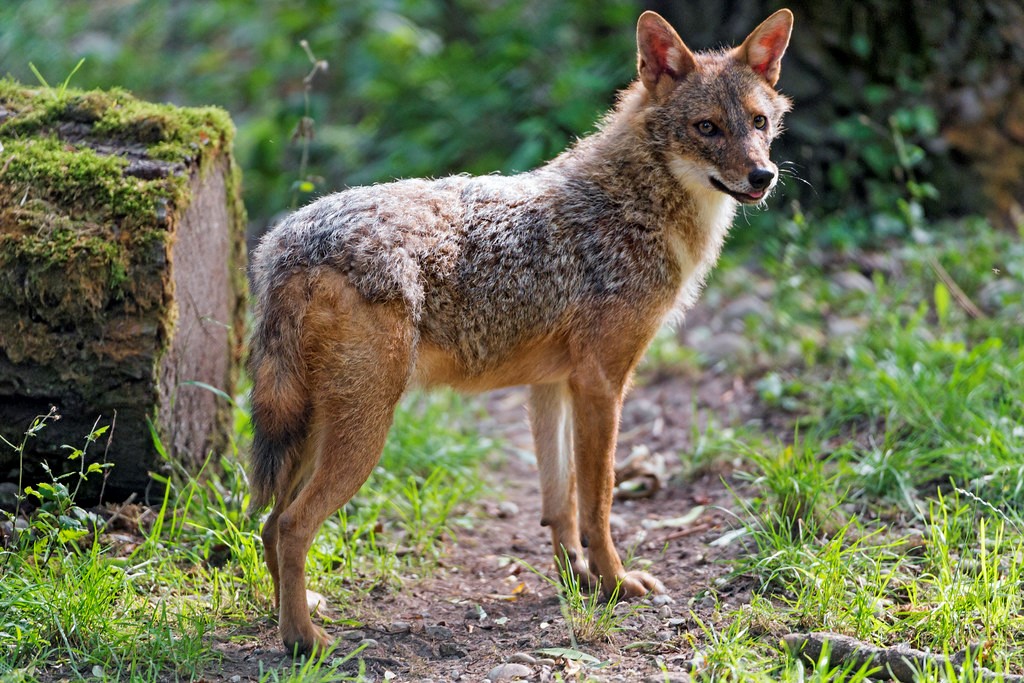 There is very little information available on keeping jackals privately, however, some care manuals for zoological facilities exist to get a potential private owner started. As with all exotic species that are rarely owned, continuing research and experimentation is a must for anyone interested in adventurous animal ownership.

Maintaining exotic carnivores in captivity is not a small undertaking; it involves a lot of attention to detail regarding the mental state of the animals. The most important factor for the mental welfare of energetic hunting animals like jackals is to provide a stimulating environment as a surrogate to their highly active lifestyle, as many captive carnivores are prone to excessive stereotypic behavior.

There are many forms of enrichment that should be considered such as enclosure design, novel objects, training, and olfactory stimulation. This enrichment should be provided daily. The simplest way to encourage natural forging behavior is to scatter feed their food throughout the enclosure, occasionally hiding pieces in logs, branches, and various containers (these can be cheaply obtained by using toilet paper rolls, boxes, ect.) [3]. Training in the form of behavioral conditioning is also very important for maintaining most exotic animals in captivity and will make them much easier to manage. 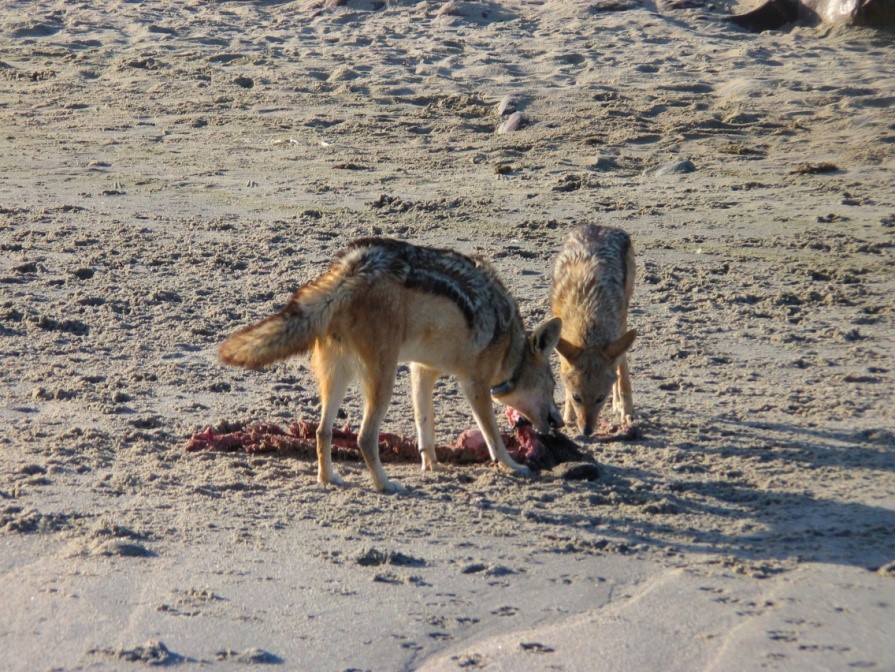 What do Jackals Eats

When it comes to feeding carnivorous omnivores, enrichment also comes into play. Jackals will require a base diet that is as nutritionally complete as possible (formulated by a board-certified veterinary nutritionist or a commercial diet that is an appropriate match for the species and follows WASAVA guidelines) along with supplemental food items that provide novelty, investigative behavior and physical stimulation. These additional food items may include whole prey, such as chicken with feathers, mice, insects and day-old chicks, sections of animals like skin with fur, ‘bloodsicles’ (frozen meat and blood that can offer some relief from the heat), and even some plant content such as hollowed out pumpkins, which is a popular forging device used by zoos during autumn (jackals may eat some pieces and seeds) [3].

Any jackal owner should definitely expect to keep their jackal as a mostly or 100% outdoor pet. There is no information available on whether or not they can be kept indoors, although larger canids such as red foxes and wolfdogs benefit from or require a secure outdoor enclosure. The cage should have a barrier on the bottom to prevent the jackals, who are avid diggers, from escaping [3].

Their enclosure should also contain a waterproof shelter, shade from the sun, and thick tree parts or platforms so the jackal can have different elevations to choose from. These very busy animals like to patrol large amounts of space, therefore their enclosure should be very roomy. They should also have places where they can conceal themselves from view for stress reduction [3].

In addition to a spacious enclosure, captive jackals will benefit tremendously from taking walks with their owners [3]. Like other canids, jackals can be harness-trained, although it will be the most safe to have a large area that is fenced in for them to run around in.

Chacal etosha MC.jpg" by Mariusba is licensed under CC BY-SA 3.0

One Jackal or Two?

Black-backed jackals are extremely social and even mate for life in the wild. Since humans have limited time to be around their animals, it’s a good idea to not keep jackals alone. It’s possible that other similarly-sized canids could make good companions for them provided that they are raised together from a young age. Jackals will be excited to interact with new animals [3] and these sessions should be closely supervised to ensure that neither participant is overwhelmed by the experience.