Buying a Wolf Puppy: Care, Legality, and Differences from Dogs

So you want a wolf or a wolfdog? Purchasing one should be as simple as acquiring any other similarly-sized dog breed, right? Not necessarily. Before pursuing buying your wolf pup, there’s a lot you should be informed about regarding their containment, legality, and difficulty of care in relation to the average dog. In addition, wolves and wolfdogs are frequently misrepresented as often as they are misunderstood. Just what exactly are you getting into if you want to own a wolf? It’s a little more complicated than meets the eye. 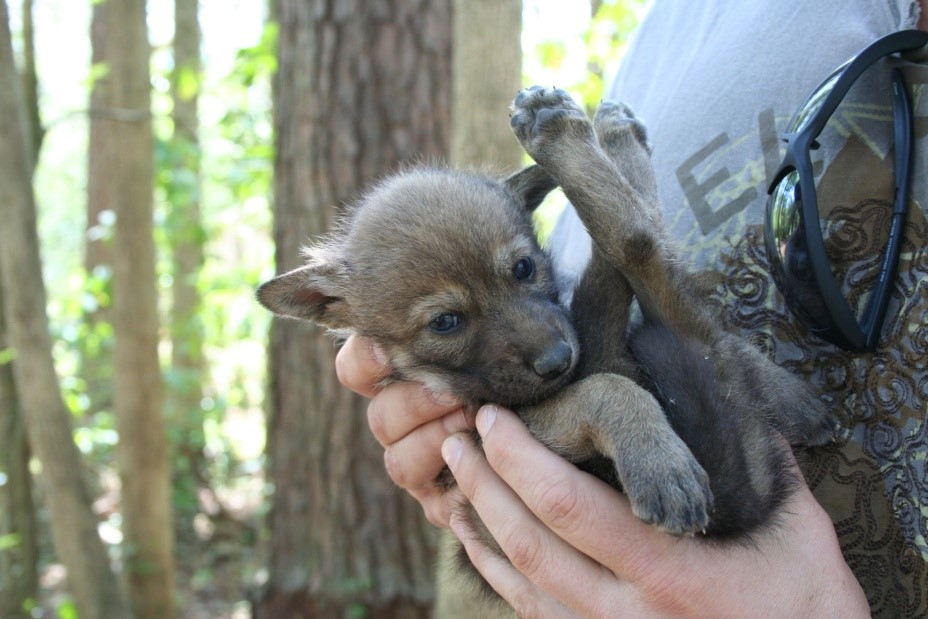 What type of wolfdogs are for sale?

The term wolf or wolfdog is thrown around loosely, but what does it really mean? There are dog breeds like the Czechoslovakian wolfdog where it’s in the name, and they also physically resemble wolves to the average layperson. They are said to have descended from an experiment conducted in 1955 where Carpathian wolves (Canis lupus lupus) were crossed with German shepherds. The objective of this breeding was to create an animal with the trainability of the shepherd and the stamina of the Carpathian wolf. Despite originating from these non-domestic animals, the Czechoslovakian wolfdog is still a domesticated dog breed created with enough generations for a consistent temperament like other established dog breeds. 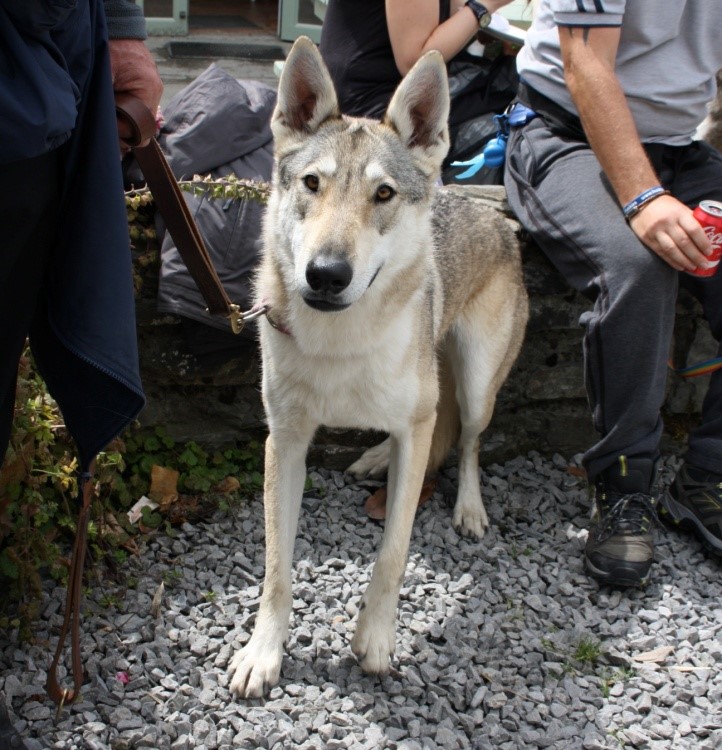 These dog breeds are more likely to be legal in most states as they are recognized as domestic animals. The animals that are prohibited for private possession in most states are the offspring of more ‘recent’ grey wolf-dog crossings. These wolfdogs are referred to as low, mid, or high-content wolfdogs or hybrids (some people feel the latter term is incorrect), and there are different lines with variable suitability as traditional pets. Generally 75+ percent of wolf DNA is considered high content while 49% and below is low content. 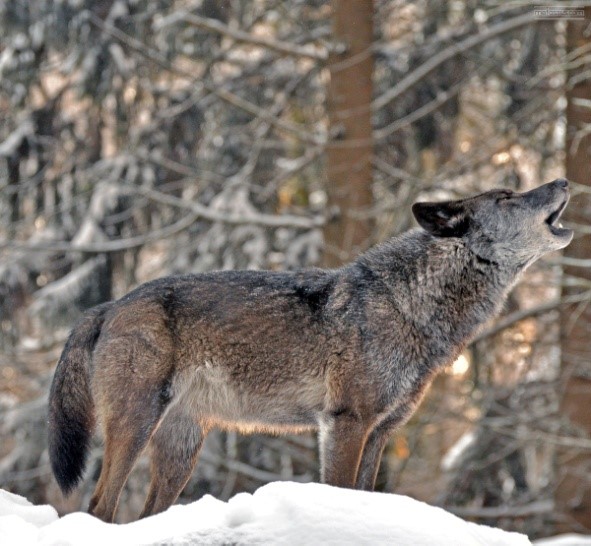 “Sunset Wolf Blues” by Metassus is licensed under CC BY 2.0

As for buying a ‘pure bred’ wolf, the so-called wolves in captivity (with the exception of animals in species survival programs in zoos, most often the red wolf) likely all have notable dog DNA within their lineage, or rather, they are very high-content wolfdogs. This may still make them indistinguishable from their wild counterparts in behavior and appearance, so it doesn’t really matter. Even zoos will use these technical wolfdogs in their animal ambassador programs. There are however differences between low, mid and high content animals.

There are numerous misconceptions about wolves with one of the most common ones being that wolves are ‘aggressive’. There is a baseless belief among people that cause them to associate ‘wild’ animals (which domestic wolfdogs are not) with those which are angry, purposelessly aggressive and trying to kill humans at every turn like in Hollywood movies. Ironically, it is domesticated dogs that pose humans the greatest threat from unprovoked attacks. Some domestic dog breeds have been purposely bred to guard or attack people or animals and they can have an ‘unnatural’ drive to relentlessly pursue a target with a higher pain threshold.

Wild animals on the other hand are naturally shy and aren’t looking for a fight. They don’t want to waste precious energy harassing unusual animals like humans. We’ve actually intentionally enhanced aggression and attack readiness in some dogs because the wolf’s natural traits didn’t cut it. Wolfdogs are known to make terrible guard dogs. 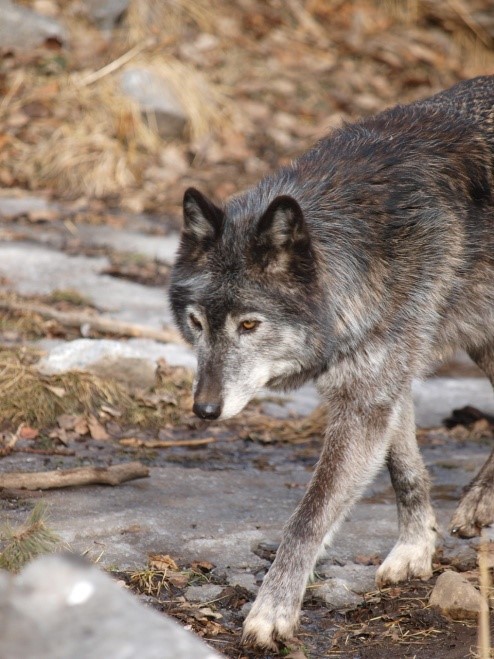 “Grey Wolf at Calgary Zoo” by Calgary Reviews is licensed under CC BY 2.0

The issue that people have with wolfdogs is their independence, however. This can make them a challenging animal to deal with for people used to domesticated dogs that love to please their owners and look to them for guidance. Wolfdogs can be driven in ways that dogs aren’t when it comes to accomplishing a goal such as escaping. Wolves are often said to be more ‘intelligent’ than dogs but it’s more accurate to say that they channel their intelligence differently; being mentally motivated to accomplish tasks that are harder for dogs. Their frustrations can be more intense when they don’t receive sufficient mental stimulation in captivity.

The way that wolves and high-content wolfdogs engage in social interactions, their defensive behavior, and reservations with strangers need to be fully understood by their owners otherwise disaster can strike. Wolfdogs, like some dogs, can have strong resource guarding behaviors. It is essential to never attempt to take food and other ‘high value’ items away from these animals, as such an action could result in a defensive attack.

One major difference between dogs and high content wolfdogs is how crucial early socialization and hand-raising plays a part in producing a bond between animal and handler. Ideally, handling should start when the animal is 10 days old. The wolf is said to have a crucial period for bonding that lasts about 21 days. During this time, baby wolves are apt to be more curious than fearful and approach humans, akin to young and adult dogs. 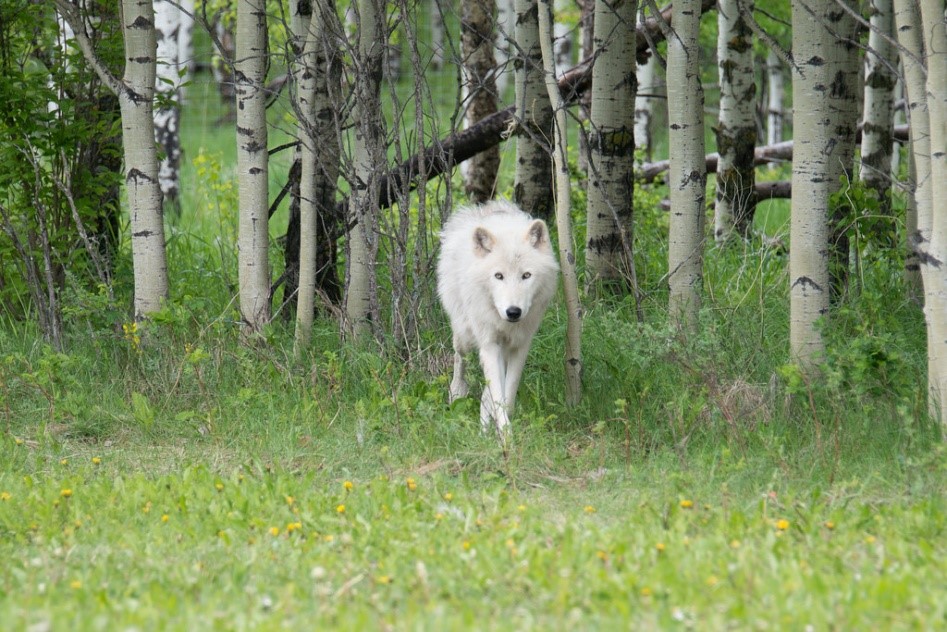 Wolves and many other exotic animals that are kept as pets require this early socialization as they go through early hormonal changes that increase their stress and sensitivity to stimuli. This is responsible for their so-called ‘wild’ behavior, or skittishness. Again, this does not mean that they are aggressive, but humans that misunderstand their signals may be inviting an aggressive response largely motivated by fear.

Interactions with adult wolves should never be forced for this reason. Positive reinforcement with reward training techniques is preferred to encourage desired behaviors in these animals. Training with wolves must be frequent and consistent; there is no room to lapse. This is another aspect that makes them more challenging than dogs.

Wolves are not particularly fond of eating humans and the idea that they are big scary predators that threaten human life is not really valid. These animals are carnivorous however, and small pets and young children could potentially spark a predatory response. It should be obvious that extreme supervision should be carried out around smaller living things.

Generally speaking, the more wolf DNA a dog has, the more ‘wolf-like’ it should act, but it isn’t always this simple. When a wolf and dog reproduce, the genes are not evenly distributed.

Making things even more complicated, wolfdogs are a highly unstable dog breed with some genetic lines being more refined than others. While you will find much information about wolfdogs and their expected behaviors, not much can be said for this canine type overall. We can certainly have some expectations of high content wolfdogs, and this predication can only improve if the animal comes from a breeder that strictly selects for certain traits. 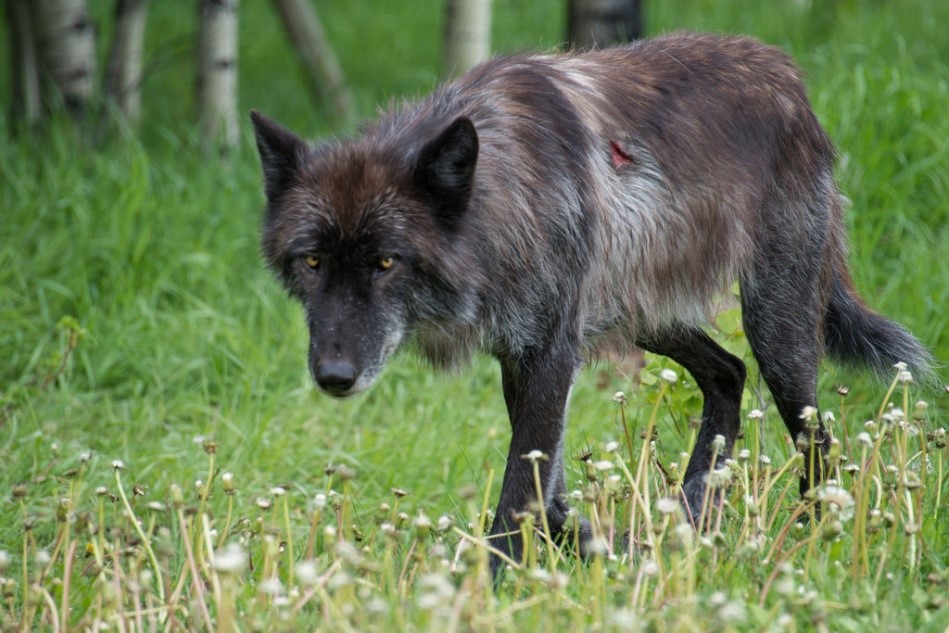 However, many wolfdogs come from breeders that only select based on appearance and availability. Their heritage may be largely unknown, and many so-called wolfdogs are not even wolfdogs at all or are low content animals. It is extremely common for people to pass off dogs as having wolf DNA, and there are likely thousands of owners that falsely believe they own or have owned wolfdogs. These people are contributing to the misinformation about the breed.

Given this enormous variability in dog DNA, the wolves and wolfdogs used in the breeding, and environmental factors, getting a wolfdog is a significant undertaking. Many have unstable and confusing dispositions given the mix of subspecies. Ideally, only those extremely familiar with dog behavior and have some real experience with wolves or wolfdogs should attempt keeping these animals as pets. If a less experienced person is determined, it is imperative that they learn as much as they can and purchase from an excellent breeder that produces animals with known heritage.